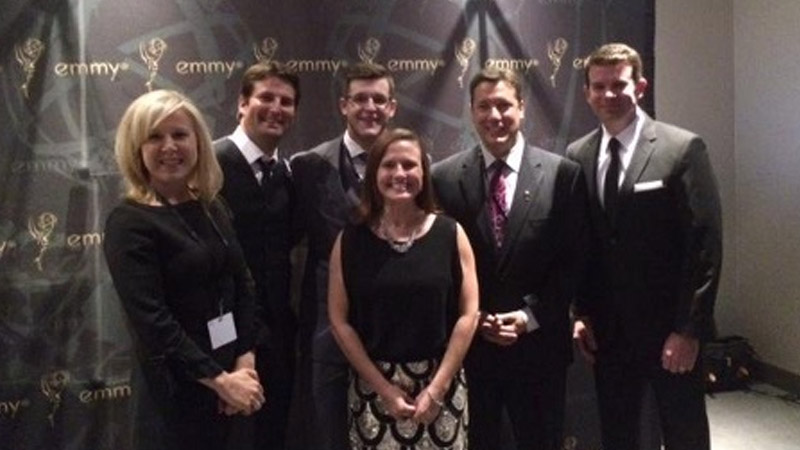 “KDLT is dedicated to excellence in television and we are honored to have three Emmy nominations,” said KDLT General Manager Katie Haffeman. “To be nominated in the Overall Station Excellence category, we are offered an opportunity to applaud the hard work the KDLT team does each and every day. This nomination reflects our dedication to not only bring you the news that matters, but also be involved in making our community better.”

Anchor Tom Hanson and Chief Photographer Max Jensen were nominated in the category of “Science/Environment” for their story titled “The Search for Dark Matter.” The story brought them underground to the Sanford Laboratory at the Homestake Mine in Lead, South Dakota, where scientists are working to discover elusive dark matter.

Chief Meteorologist Brandon Spinner and Chief Photographer Max Jensen were nominated in the category of “Weather/Single Story or Segment” for their story titled “The Man Behind the Weather” about the longest active weather observer in the state of South Dakota.

“Our family at KDLT is incredibly honored to receive three Emmy nominations for the work we have done throughout the year,” said KDLT News Director Paul Heinert. “It’s our privilege to tell our community’s stories, but we also take a lot of pride giving back to our community, and I know that is what we are proud of the most.”

Emmy recipients will be announced Saturday, October 3rd at the 2015 Upper Midwest Regional Emmy Gala in Bloomington, MN. For questions, contact Amanda Swenson at 605-361-5555 or at promotions@kdlt.com.