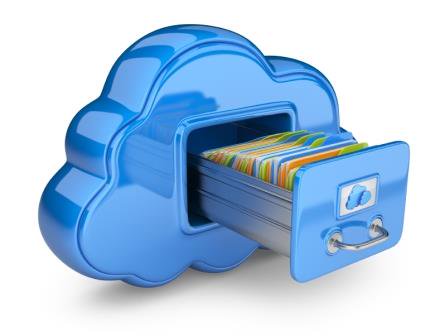 Despite a three-hour delayed opening of the federal government courtesy of the aftermath of Winter Storm Jonas, the FCC, in today’s Open Meeting, adopted rules requiring that radio broadcast stations, as well as satellite radio (i.e., Sirius/XM), direct broadcast satellite providers (i.e., DirecTV and DISH), and most cable television systems, migrate their public inspection files to an FCC-hosted online database.

The FCC has only published a brief Public Notice describing its action, but there will be more details available when the full Report and Order is released, perhaps as soon as tomorrow.  The Public Notice does however clarify that important exemptions that appeared to have gone missing when the Chairman wrote about the proposed requirement in a blog post a few weeks ago (which we discussed here) have since been added, due in  large part to the efforts of the NAB and state broadcasters associations pushing for such exemptions.  Importantly:

The biggest news in the FCC’s Public Notice appeared to be the statement that the FCC would “permit entities that have fully transitioned to the online public file to cease maintaining a local public file, as long as they provide online access to back-up political file material via the entity’s own website if the FCC’s online file database becomes temporarily unavailable.”  For radio stations that have had to remain on constant alert to escort random station visitors inside their facilities to review the “paper” public file (with all the attendant security risks that represents for a media outlet), this regulatory relief was welcome, and had been championed in the proceeding by all 50 state broadcasters associations.

However, the celebration turned out to be potentially premature, as later in the day, the FCC released the commissioners’ individual statements, and Commissioner O’Rielly’s separate statement lamented that:

Unlike cable and satellite operators, commercial broadcast licensees will not have the immediate option of transitioning to an online-only public file, due to the Commission’s rule pertaining to the correspondence file that arguably cannot be made available online for privacy reasons. I very much appreciate the Chairman’s attention to this important issue and commitment to move forward on a proposal to eliminate correspondence file requirements so that broadcasters, too, can have an online-only option for public file requirements.

So it will take a bit longer before radio stations can say goodbye to their paper public files, but it looks those local files’ days may be numbered.

Another spot of relief is that political file material will need to be uploaded only on a going forward basis.  Historical political information can be retained in paper format until the expiration of the two-year retention period applicable to such documents.  However, stations must have a back-up political file, either in paper or on their websites, in case the FCC’s public file database goes down and the information becomes unavailable from the FCC.

As is the case for television stations, which began moving their public inspection files online in 2012, those covered by today’s order will only need to upload items that are not already electronically filed and available on the FCC’s website.  As a result, documents like ownership reports and most facility modification applications should be automatically loaded into a station’s online public file by the FCC.

Unfortunately, the Public Notice does not indicate exactly when the rules will take effect—an important detail for licensees operating commercial radio stations in the Top 50 markets with five or more full-time employees.  When TV station public files went online, the FCC set the deadline at 30 days following publication of a notice in the Federal Register that the Office of Management and Budget had approved the information collection aspects of the rule.  If this order follows a similar timeline, the new rules wouldn’t likely become effective until sometime in the second quarter of this year.

Over the years, many have criticized the public file as being of little interest to the viewers and listeners it was originally meant to inform, noting that it has instead become merely a source of federal revenue due to the stiff fines imposed by the FCC for violations of the public file rule.  The FCC’s view, however, is that more members of the public will review the file if it can be accessed online, following the motto “upload it, and they will come.”  Whether that is true, the FCC commissioners clearly see the online public file requirement as an effort to move the FCC’s rules into the 21st century.  Broadcasters in particular are hoping that it is the beginning of a much broader effort to bring the FCC’s rules into the 21st century, and many would like to suggest that the FCC next move on to its multiple ownership rules.