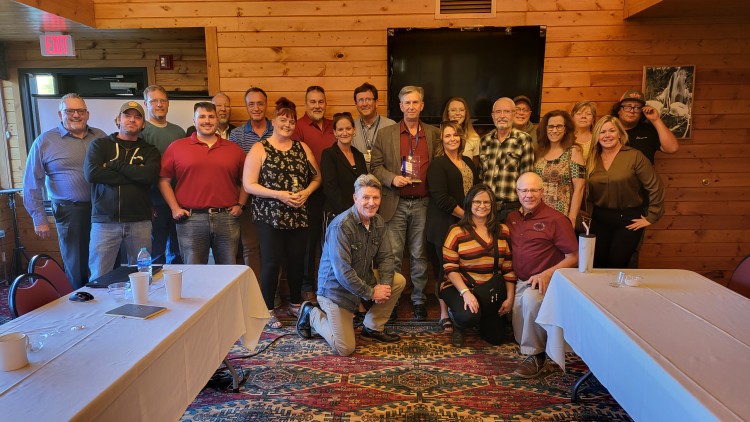 Jim Kallas, the General Manager of Riverfront Black Hills, was honored as the “Broadcaster of the Year” by the South Dakota Broadcasters Association (SDBA) at their State Leadership Conference held September 26 & 27 at the Spearfish Canyon Lodge, Lead, SD.  The award is given annually to Broadcasters in recognition of service to their community.

Jim has been involved in numerous charitable activities over the years. He is a past United Way campaign chairman, Junior Achievement board member, and continues to serve as a local advocate for St. Jude Children’s Research Hospital coordinating local fundraising efforts that have raised over $800,000 to date.

Jim started his Radio career nearly 40 years ago, while studying Mass Communications at Black Hills State, as a part-time announcer at KDSJ-AM.  From there he moved to on-air nights as part of the legendary KSKY line-up broadcasting from the bank building on historic Main, downtown Deadwood.  After a change in station management, Jim was hired away to work as Operations Manager for Duhamel Broadcasting. This included the evolution of what would become today’s Eagle Country and the next legendary Black Hills rock station, XROCK.  With the sale of Duhamel to Riverfront Broadcasting in 2018, Jim would be eventually be tapped to lead as General Manager, overseeing day-to-day of both Spearfish and Rapid City. Add in the acquiring of KDSJ and the moving of their Deadwood operations to Spearfish, the remodel/renovation of the Spearfish studios, along with various engineering upgrades AND the pending move of the Rapid City studios and offices from downtown to Jackson Blvd. Through it all Jim has maintained his easy-going, approachable manner and super-positive demeanor as he continues to focus on the big picture while at the same time, executing a myriad of small details on a daily basis in Programming, Sales, AND Engineering to ensure continued success of Riverfront’s 6 station Black Hills operation.

Jim’s had the pleasure of working with some of the most talented people in Radio which means he’s also worked with some very extreme personalities! HR nightmares? Bring ‘em on! Jim’s been there, done that, got the t-shirt all while remaining calm and steady. But he’s also been instrumental in developing talent in critical roles. Jim’s superpower is his uncanny ability to plug the right person into just the right job description. Jim knows there’s a magical thing that happens when the right person meets their perfect job. Suddenly they’re free to work on their strengths… bringing more value and positive impact to the organization. Where once handcuffed by constantly having to address weaknesses, now they’re able to use their unique, individual giftedness to continually exceed expectations and quietly driving a culture of superior performance rarely found outside major markets. Through it all, Jim has maintained his unfettered love of Radio, volunteering to fill-in on-air at a moment’s notice, whether it be Country or Classic Hits morning show or high school play-by-play. Jim’s still that same tall, lanky kid behind the mic with a contagious enthusiasm that cannot be faked.

Last year, Jim shared his love for the community during an interview with the Spearfish Area Chamber of Commerce in their “member spotlight”.   “The opportunity to entertain and inform our listeners during my time on-air was such a blessing. But my new role allows me a chance to give back to the community through public service and by continuing to build and nurture relationships with area business leaders. Watching Spearfish grow into the world class community it has become over the past 40 years has been astonishing, and Riverfront Broadcasting looks forward to continuing to help spread the good word about this success story and to assist in the continued growth of the businesses that contribute so much to that success.”

Jim and his wife, Charleen, have a daughter (Jessica) and reside in Spearfish, SD. 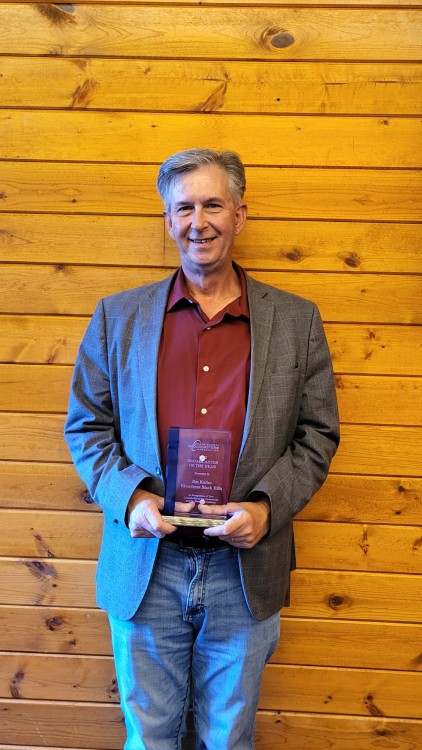 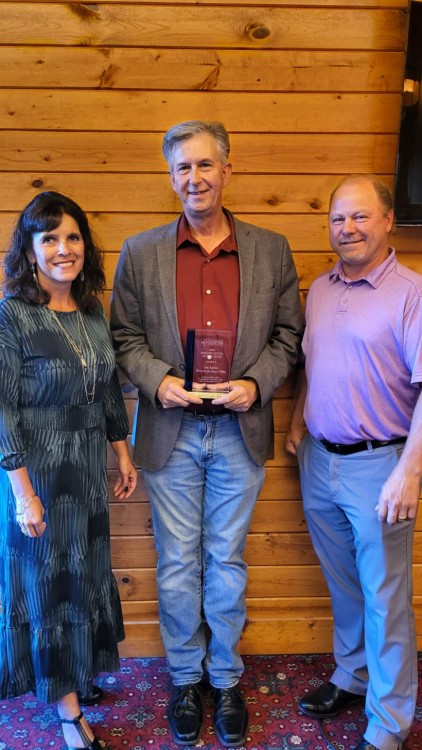