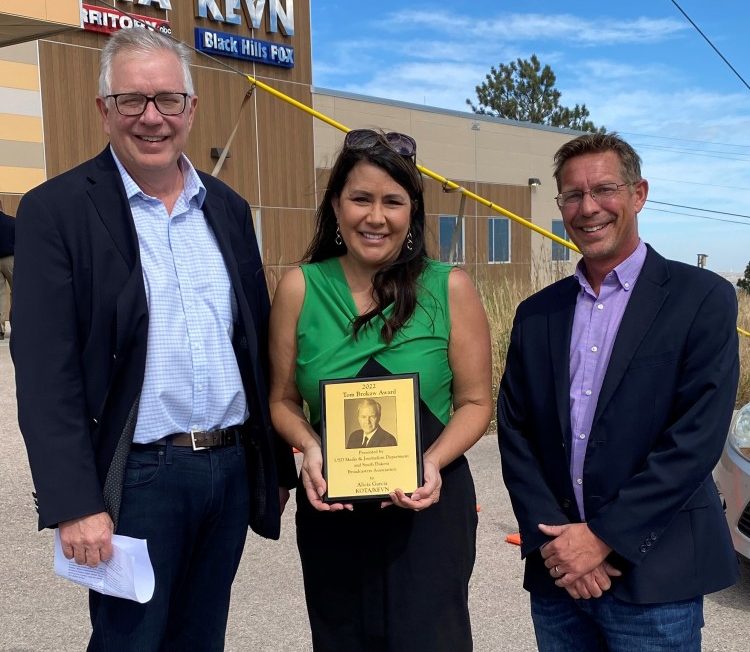 Alicia Garcia is one of South Dakota’s most experienced television news anchors, and the longest running female anchor in the West River region. That kind of record just doesn’t happen with the passage of time. It takes consistent preparation, talent, a nose for good news stories, and the ability to adapt to an ever-changing industry.

Garcia’s career preparation didn’t take the usual route. She’s a graduate of Stanford Law School who chose to begin her career at the CBS Network in Los Angeles. When it came time to start a family, she made another choice. She decided to leave a major market. Garcia chose Rapid City as the place where she could pursue a career, raise her family, and make an impact on a community she’s grown to love.

Since 1995 when she was hired as a director for KOTA Territory News, Garcia worked her way through reporting, producing, and anchoring positions. She’s reported from across the region and the world. In 2019 she traveled to India to tell the story of a Rapid City Dentist who was building an orphanage and providing free dental care. She’s interviewed lawmakers at all levels and pursued investigative reports that helped put a spotlight on important issues. In the community, she chairs the KOTA Territory Care and Share Food Drive. Garcia organizes events which provide funds to feed the hungry in the Black Hills. Last year these events were so successful that they brought in more than $30,000 in less than seven months.

Importantly to the Tom Brokaw Award Committee, Garcia is passionate about being involved with the next generation of journalists. Before the pandemic she began hosting monthly gatherings to help young reporters explore ideas for news stories and improve their storytelling skills. She even has established a scholarship in the name of a dear friend, former Sports Director Jamie Zepp. This scholarship will award thousands of dollars to students attending college and planning to pursue a career in journalism.

Garcia has always set the bar high for herself and she is a role model of excellence to young reporters. The committee members feel that Alicia has spent her career exemplifying the standards of excellence recognized by the Tom Brokaw Award.  The SDBA and USD honor Gray Television, KOTA/KEVN’s Alicia Garcia for the 2022 Tom Brokaw Award. 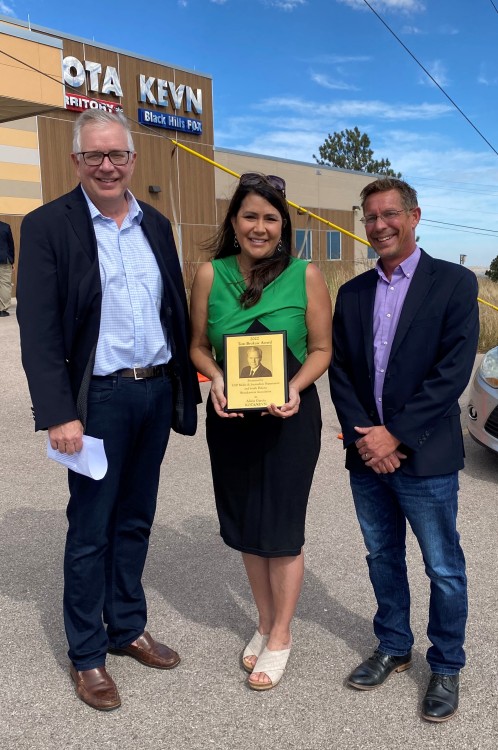