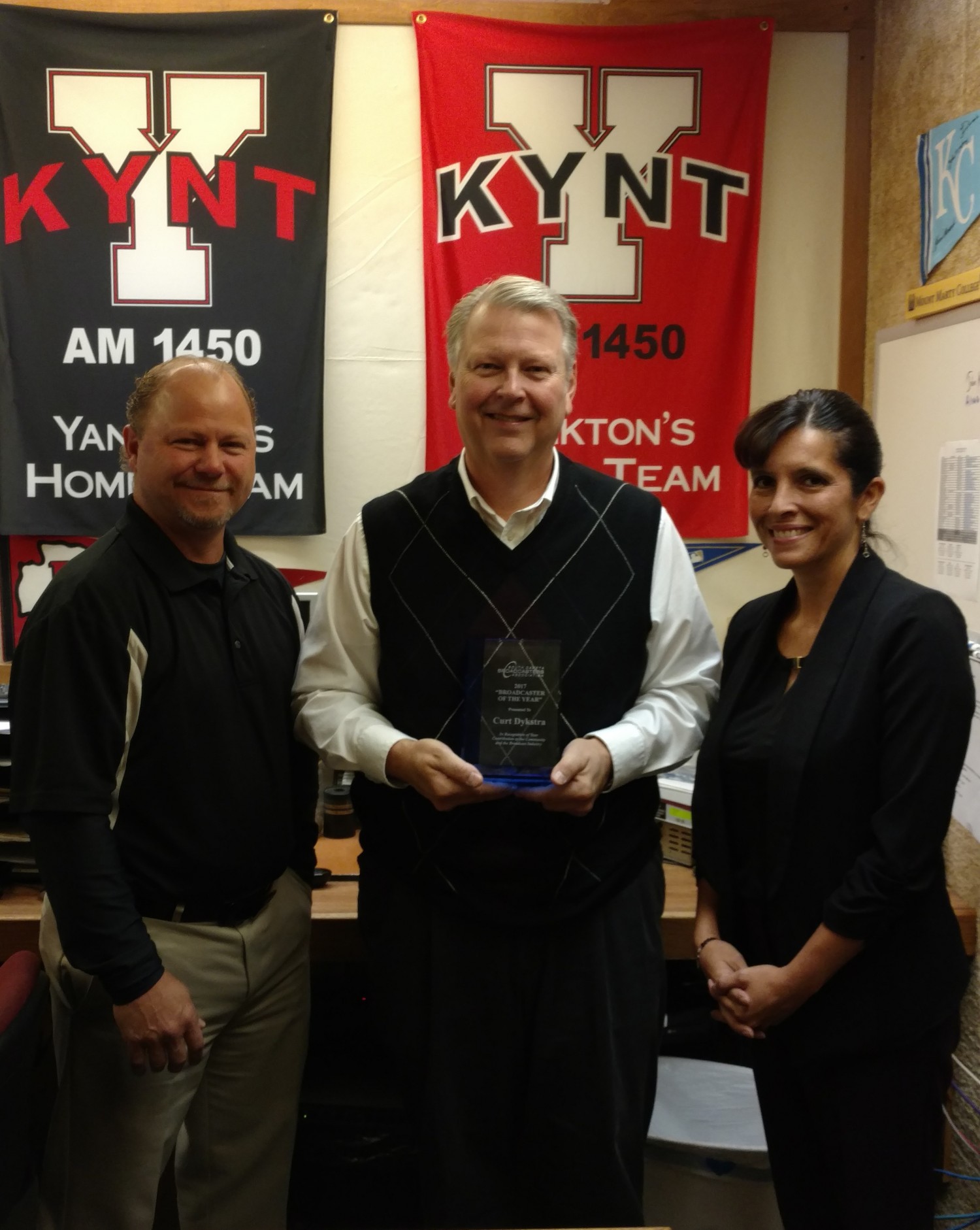 Curt Dykstra was honored as the “2017 Broadcaster of the Year” by the South Dakota Broadcasters Association (SDBA).  Carolyn Becker, board member of the SDBA, presented the award at Riverfront Broadcasting, in Yankton, SD, where Dykstra has been the General Manager since 2007.  The award is given to Broadcasters in recognition of their community service. 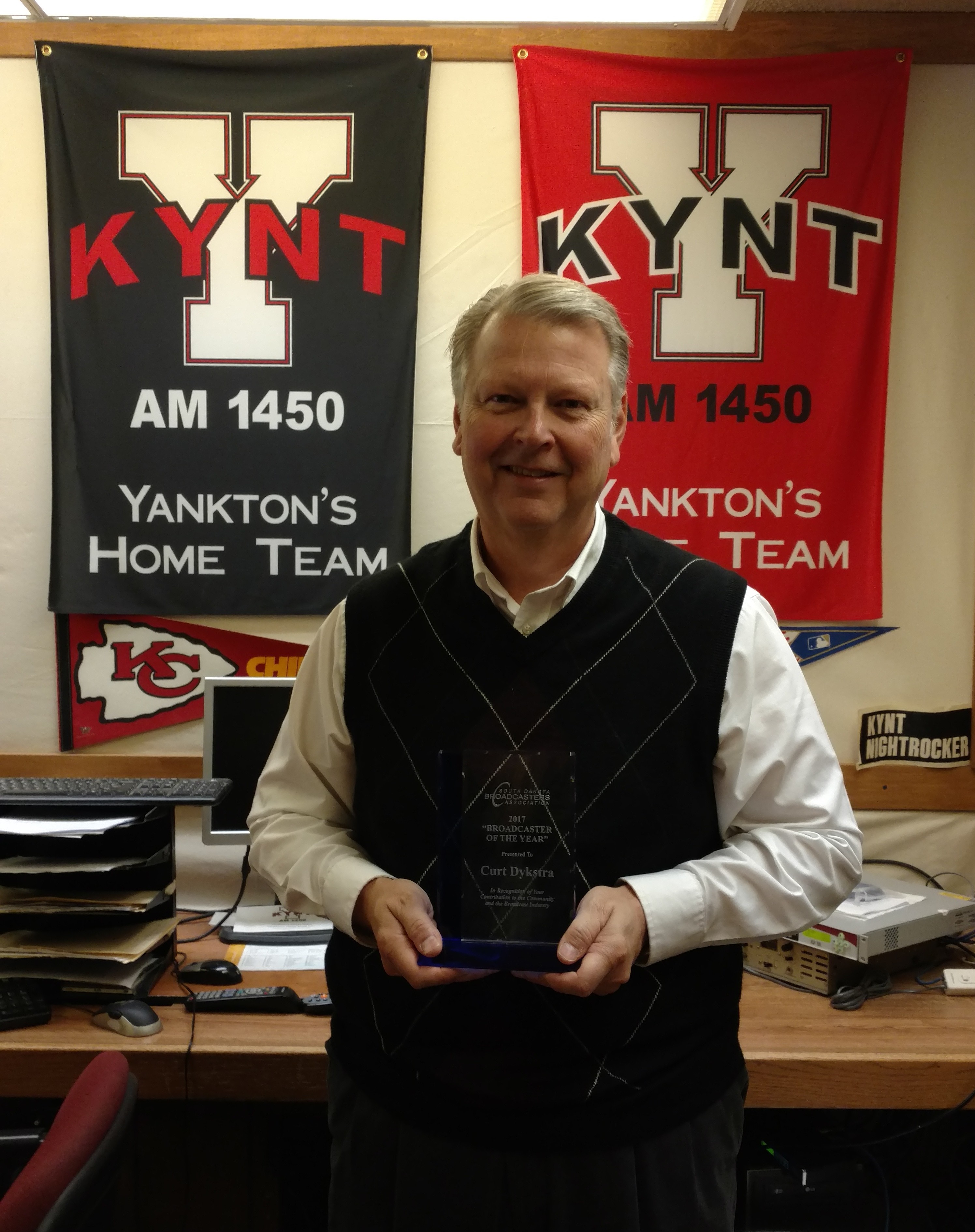 With 33 years in radio, and 10 in the Yankton community, Dykstra has been a leader and served on many community organizations.  Dykstra received recognition for his work organizing the Annual Free Youth Baseball Clinic with former Kansas City Royals Players in Yankton.  In 2017 they set a record with 275 kids in attendance; Chairman of the Mount Marty Lancer Club; a volunteer for Habitat for Humanity; First United Methodist Church Finance Committee, and Men’s Group; a member of the Yankton Tennis Association; Yankton Sertoma Club past president and Sertoman of the Year in 2012; South Dakota Advertising Federation past president and board member; Yankton Area Progressive Growth Relations Advisory Committee and Yes Campaigns; SD Junior Football Missouri Valley Conference Board Member; and coach of Youth Sports.  Aside from his community service, Dykstra was recognized for the work he’s done as the Chairman of the SD Broadcasters Hall of Fame, archiving the history of broadcasting in South Dakota.  Dykstra received the Crystal Award in Broadcasting in 2014; SD Addy Awards; and Midcontinent Radio Eddie Ruben Award.