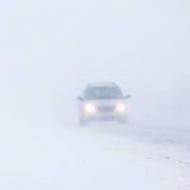 A massive winter storm that walloped the Midwest with ice and snow brought down a pair of broadcast towers in South Dakota Wednesday. An 1,800-foot tower north of Garden City, home to Alpha Media country KDLO (96.9) Watertown, succumbed to the devastating combo of ice buildup and wind. An adjacent 800-foot tower also fell to the ground, according to North Pine.

KLDO-FM is back on the air, broadcasting from a backup tower.

Owned by Nexstar, the larger tower also housed the antennas for the TV giant’s CBS affiliate KDLO-TV. It, too, was knocked off the air. KDLO-TV is a satellite of KELO-TV Sioux Falls.

KDLO-FM was leasing transmitter space on the Nexstar tower. Veteran regional engineer Bruce Erlandson said both towers were completely pulled off their base and are laying in the field. The two buildings below the towers were struck and damaged by the falling towers and guy wires.

Total damages could run “in the hundreds of thousands of dollars” and could take “a good year to repair,” Erlandson told KDLO-FM. “It’s just a mangled mess up there.”