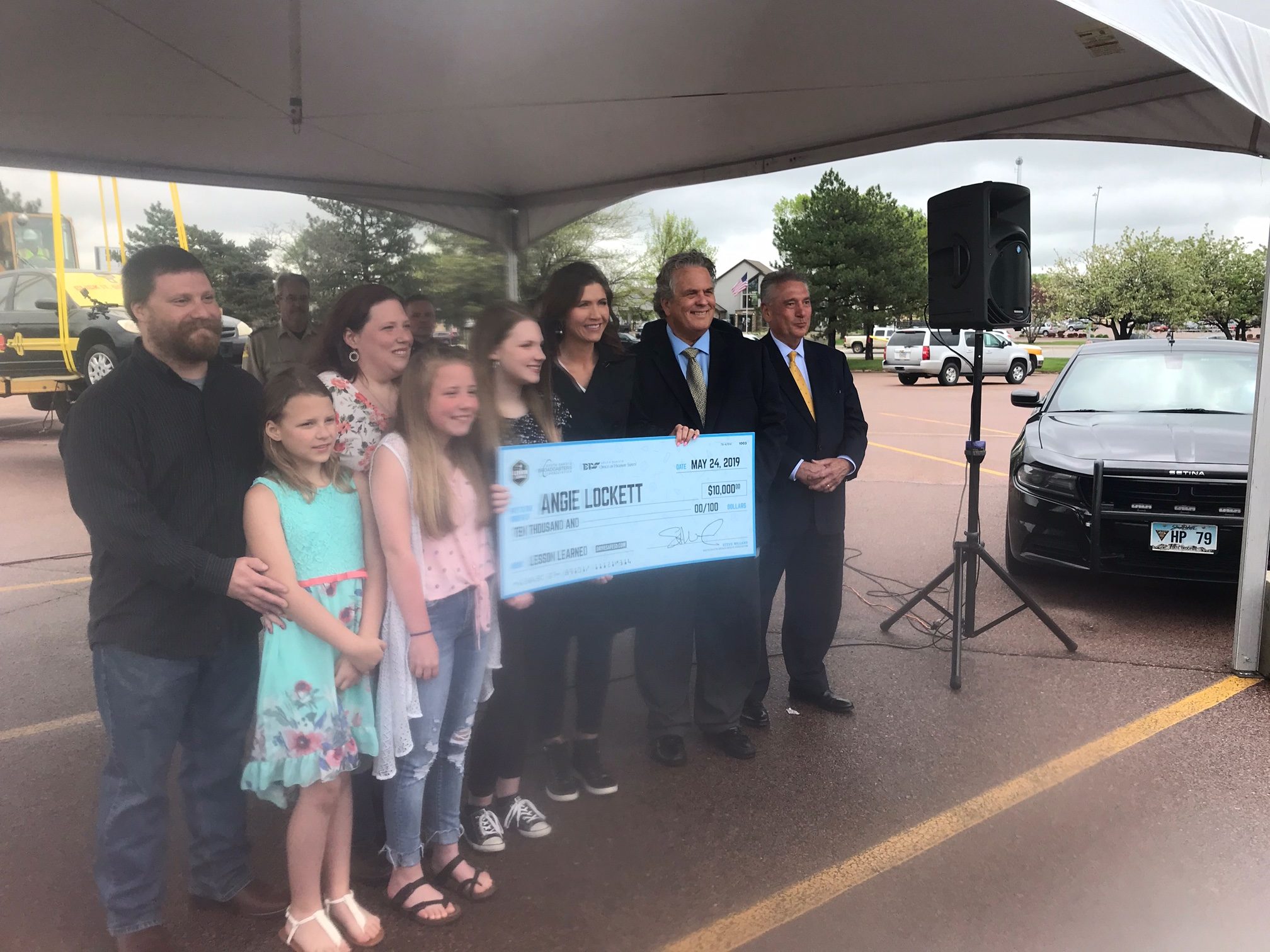 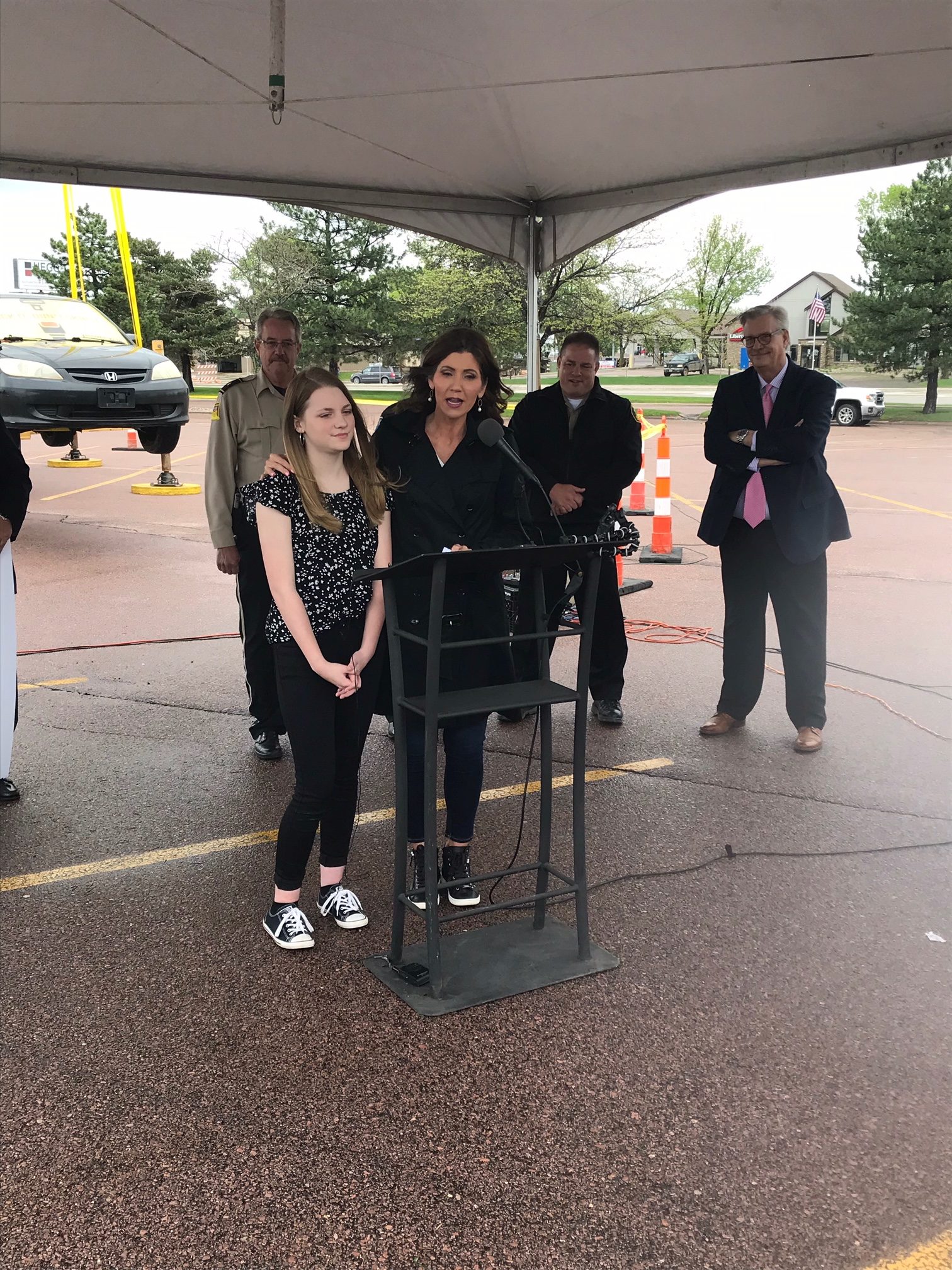 The New Holland, S.D. student was announced Friday as the winner of this year’s “Lesson Learned SD” program during a ceremony at the Sioux Empire Mall in Sioux Falls.  Governor Kristi Noem announced Angie’s name at the end of a Safe Summer Driving Program.

“Angie, who is now also taking driver’s education, is a fine example of how all of us can be safer and better drivers,” Noem says. “We want our young drivers to learn at an early age to be safe drivers. These are life-long good habits.”

The South Dakota Office of Highway Safety designed the program to encourage young people to be safe drivers. The cash prizes are sponsored by the South Dakota Broadcasters Association. This is the fourth year for the program.

Drivers between the ages of 14 and 19 are encouraged to go to the “Lesson Learned SD” website, which features safe driving videos on issues such as distracted driving, seatbelt use and driving under the influence.  Participants who then answer the follow-up safety questions are entered in the contest to win the cash prizes. Alexa was one of 2,600 eligible entries.

“This was the fourth year for the program and we had even more students participating than last year,” says South Dakota Broadcasters Association president Steve Willard. “Those stories are real, powerful and compelling. I wish everyone would see them, because if they did, they’d wear seat belts from then on. Kudo’s to the kids for speaking the truth.”

Angie will be a freshman this fall at Platte-Geddes and her school also has benefited from her name being drawn. The Broadcasters Association has contributed another $10,000 that Angie can designate to school programs or activities of her choice. Angie has decided to give $5,000 each to the school’s band and theatre programs.

“Having the schools benefit from a student winning has been a major piece to this program,” says Lee Axdahl, director of the State Office of Highway Safety. “We are getting more teachers and schools all the time encouraging their students to take part in the program.  It is a cooperative effort to help give young drivers the skills they need to be safe on the roads.”