The Stations That Went Away 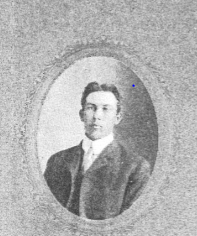 Some of the most interesting radio stations in South Dakota are those that went out of business. A number of small communities—Dell Rapids, Oldham. Brookings. Mitchell, and Huron—had early radio stations in this category. The first radio station in Sioux Falls, WFAT, operated for only two years—from 1924 to 1926. Brookings had a station, KGCR, from June 7, 1927, until March, 1929 when it was moved to Watertown. In both Huron and Mitchell there were radio stations from 1930 to about 1936, when they ceased operation. New stations have been established in Brookings, Huron, and Mitchell to replace those which were closed.

Two of the earliest commercial radio stations in South Dakota were “hand made” by two cousins, both of whom were excellent auto mechanics. The men were James R. Nelson, who put a station on the air in Dell Rapids in the mid-20’s, and his second cousin, Alfred Nelson, who built a station a few years later in Oldham, a community of about 500 population a few miles southwest of Arlington. James Nelson was born in Trent, S. D., August 14, 1879. When he was 32 (1911) he moved to Dell Rapids and opened the Home Auto Company in partnership with J. T. Cone. They had the dealership for the Apperson, Hupmobile, and Overland

automobiles. Harry T. Dieson, who operated a department store in Dell Rapids, recalls that Nelson was a “darn good mechanic,” and remembers the beginnings of the radio station. Dieson, in fact, may have been one of the first merchants in the state to go on the air to advertise his store products in his own voice..
The call letters of the Dell Rapids station were KGDA, and Nelson would identify the station as follows: “This is KGDA Kind Greetings; Dells Announcing.”

The broadcast pioneers in the central part of the state were Dana McNeil, a railway conductor, and his wife, Ida A. McNeil, of Pierre. McNeil started ex-perimenting in “ham radio” prior to the first World War, and received a U. S. Department of Commerce Class 5 (Special Amateur) license on June 6, 1916. The original call letters were 9LP. These later were changed to 9CLS, and in 1927 to KGFX. After the McNeils were married (1921) Mrs. McNeil learned to operate the amateur radio equipment so she could chat with her husband while he was on his train rims to and from Rapid City. At this time the studio was in the McNeil home at 504 West Pleasant Drive, Pierre. In 1923 the McNeils moved to 203 West Summit Avenue, and again operated the radio station from their home. KGFX continued to be based in their residence, with a power of 200 watts, until 1962.

After Dana McNeil died in 1936, Mrs. McNeil continued as the station owner and licensee. She became well-known in her home area and nationally. She was featured in an article in Coronet Magazine (March, 1947) and received the McCall Magazine “Golden Mike” award in 1956. Mrs. McNeil’s style was warm and friendly. One of the most useful and appreciated programs of the station included a feature of Public Service Announcements, given in third person as news notes, taking into account the rules of the F.C.C. against point-to-point contact. The article in Coronet Magazine gives this example:

During World War II, a Pierre girl was planning to marry a soldier in a home wedding. At the last moment, the soldier’s leave was shortened to such an extent that he couldn’t get to Pierre for the wedding. The plans were changed and; the bride-to-be was to take a train to her fiance’s army base to be married there. Her parents took her from their ranch home to the railroad station in Pierre, and on arrival there she realized she had left some of her apparel at home. Her mother had the solution call Ida McNeil. Mrs. McNeil broadcast the following news story. “Gladys Schmidt arrived in Pierre this morning, but left the slip to her wedding gown at home.” This “news announcement” saved the day for an apprehensive Gladys Schmidt. Her brother, at home on the ranch, heard the announcement, went into his sister’s room, found the slip, and drove the 40 miles to Pierre to deliver the property to his sister just as the train was about to pull out. At a period when many rural areas of South Dakota had no or few telephones, Mrs. McNeil’s radio station provided valuable services. She established a policy of calling the local hospital each day for routine news of admissions, births, releases, and deaths. An announcement stating that Bill Jones would be released from St. Mary’s at 3 o’clock that afternoon was a clue to Mrs. Jones to come in from the ranch to pick him up. When ranchers were stranded in town by blizzards, Mrs. McNeil would broadcast their names so their families would not expect them home until the weather cleared.

McCall’s Magazine, honoring Mrs. McNeil in 1956, stated: “Station KGFX, Pierre, South Dakota, which for the past 41 years has been synonymous with the name of its owner, manager, and broadcaster, Ida A. McNeil, winner of McCall’s Award as ‘the executive performing the greatest service to her community?” Mrs. McNeil has two sons, Col. Robert James McNeil, a West Point graduate and career army officer, and Richard Dana McNeil, a graduate of the Naval Academy, now professor of electrical engineering at the South Dakota School of Mines and Technology. She sold KDFX in 1962.

Dr. Koren, a physician, was instrumental in starting other early stations in Huron, Watertown, and Mitchell. He also assisted in the activation of KABR. Aberdeen, which went on the air in September, 1933. There was a station in Watertown as early as 1929. This was KGCR, which had been moved to Watertown from Brookings. The Watertown license was issued on April 29, 1929 under call letters KGCR. These were changed to KWTN in 1934, but this station’s license renewal application was denied and the call letters deleted by the FCC as of November 6, 1939. The oldest Watertown station in current operation is KWAT. The construction permit for this station was issued on Decemher 22, 1939, with 250 watts of power at 1210 kilocycles. On January 1, 1950, KWAT went to 1000 watts at 950 kilocycles.

KORN, Mitchell, and KIJV, Huron, both went on the air in 1947. A year later, KSDN started operating in Aberdeen, being the second station in that city. Almost all of the communities over 3,000 population now have standard AM stations. These include Brookings, Lemmon,
Madison, Mobridge, Redfield, Vermillion, and Winner. Two communities Yankton and Pierre have two stations. The second Yankton station, KYNT, started operating in 1955. The second station in Pierre, KCCR, went on the air in 1959.