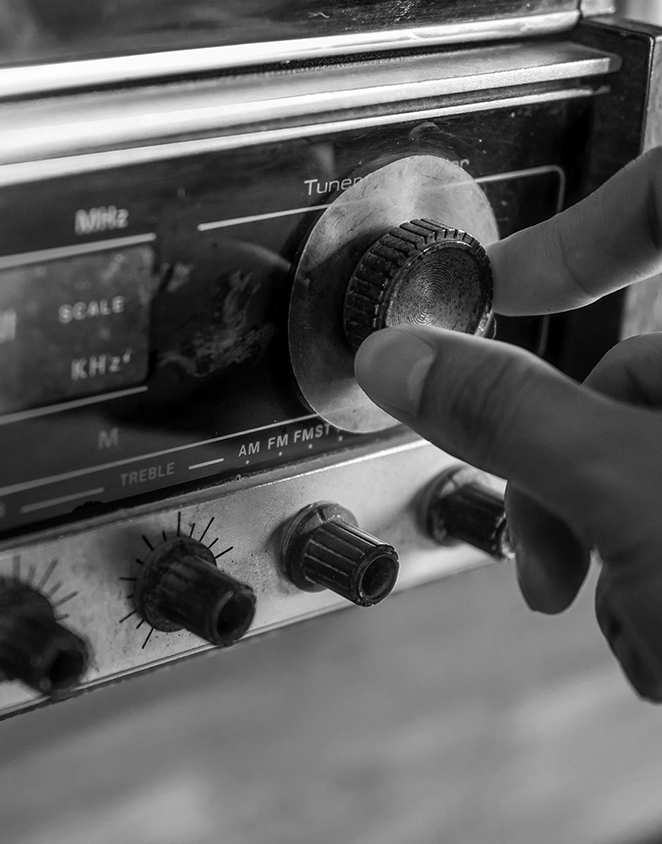 When World War II came to a close, broadcasters all over the country started thinking about FM frequency modulation. This new form of transmission, providing wider frequency ranges and elimination of most forms of static, held interest for broadcasters as well as listeners.

The pioneer FM station in South Dakota was KOZY-FM, Rapid City. The owners were Mrs. Helen Duhamel, Abdnor George, and Robert J. Dean, with the latter as station manager. It first went on the air in May, 1949, from studios at 1819 West St. Joseph Street and affiliation with NBC. This station ceased operations five years later—in May, 1954. During the following nine years, 1954 to 1963, there were no FM station in the state.The oldest FM station in continuous operation in the state is KOBH-FM. Hot Springs. This station went on the air in December, 1963, with studios in the Ponderosa Broadcast House, Wind Cave Road.

Four FM stations went on the air in 1967. The first of these was KESD-FM, operated by South Dakota State University, Brookings. It started operating with watts, in July of that year from studios in the basement of Solberg Hall. Other stations with 1967 starts were KVRF-FM, Vermillion : KUSD-FM, University of South Dakota, Vermillion ; and KJAM-FM, Madison.
Since 1967, new FM stations have been started in Brookings, Rapid City, Sioux Falls (three stations) and Watertown (two stations).