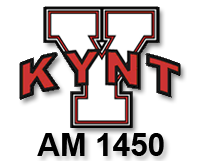 KYNT is known for its longtime brand of Yankton sports coverage, community news, and adult contemporary music. The call letters KYNT were assigned to a new AM broadcast station in Yankton, South Dakota, authorized January 27th, 1955 to the Yankton Broadcasting Company. From studios at 214 West Third Street, Yankton, KYNT first went on the air Tuesday, March 15th, 1955 with William Smith as the station’s President and William Johnson as the station’s manager. Ownership has changed four times since William Smith started KYNT in 1955. Doyle and Carolyn Becker bought the station in 2008. in 2013, the Becker’s received the Crystal Award from the National Association of Broadcasters for excellence in community service and local programming. In 1999, KYNT sports director, Scott Kooistra received the Marconi Award.

KYNT’s most famous alumni, Tom Brokaw, began working at KYNT during his junior year of high school where he occasionally conducted live interviews. During an interview with Meredith Auld, Tom’s girlfriend at the time and future wife, Tom accidentally left his microphone on during a commercial break. When he told Meredith he loved her, it went over the air for all to hear!

The Yankton Broadcasting Company (William M. Smith, President at al) sold KYNT for $179,400 to Leon T. Scoblic and Lloyd G. Reedstrom, equal partner, in a sale gaining FCC sanction May 18, 1960 with the new owners, both in the office equipment business, assuming control May 24th. Mr. Reedstrom was the station’s new General Manager, and in 1960, all operations shifted to the station’s tower site on North Highway 81. The station affiliated in 1962 with the nationwide Mutual Broadcasting System radio network. By mid 1964, the station, airing a “Block Variety” program format, was in daily operation from 6:00 a. m. to 12:00 midnight (Sunday sign-on two hours later).

Daytime power rose from 250 to 1,000 watts in 1965 with nighttime power remaining at the 250 watt level. By 1971, KYNT was programming a “Middle-Of-The-Road” music format. An affiliation with the InterMountain Network was secured in 1971 with the station’s liaison with Mutual continuing, KYNT was sold by co-owners L. T. Scoblic and General Manger Lloyd G. Reedstrom to the Sorenson Broadcasting Corporation on July 1, 1973. Dean P. Sorenson was president and fifty percent owner while the remaining equal interest was held by Thomas J. Simmons. On June 19, 1973, the FCC approved this $235,000 sale. Mr. Sorenson then became President of KYNT, and named Tom Kearns to the post of General Manager. The Yankton station was the pairs second station, joining KCCR in Pierre, South Dakota, also co-owned by Mr. Sorenson and Jerry Simmons, owner of Jerry Simmons an Associates of Sioux Falls. The station adopted a “MOR” music format during the daytime hours and a “Contemporary” music format at night by the end of 1973. In 1974, KYNT dropped it’s IMN affiliation but remained with the Mutual Broadcasting System network. A new “Adult MOR/News and Information” program format was instituted in 1978. The station switched affiliation to the ABC Information Radio Network in early 1982. 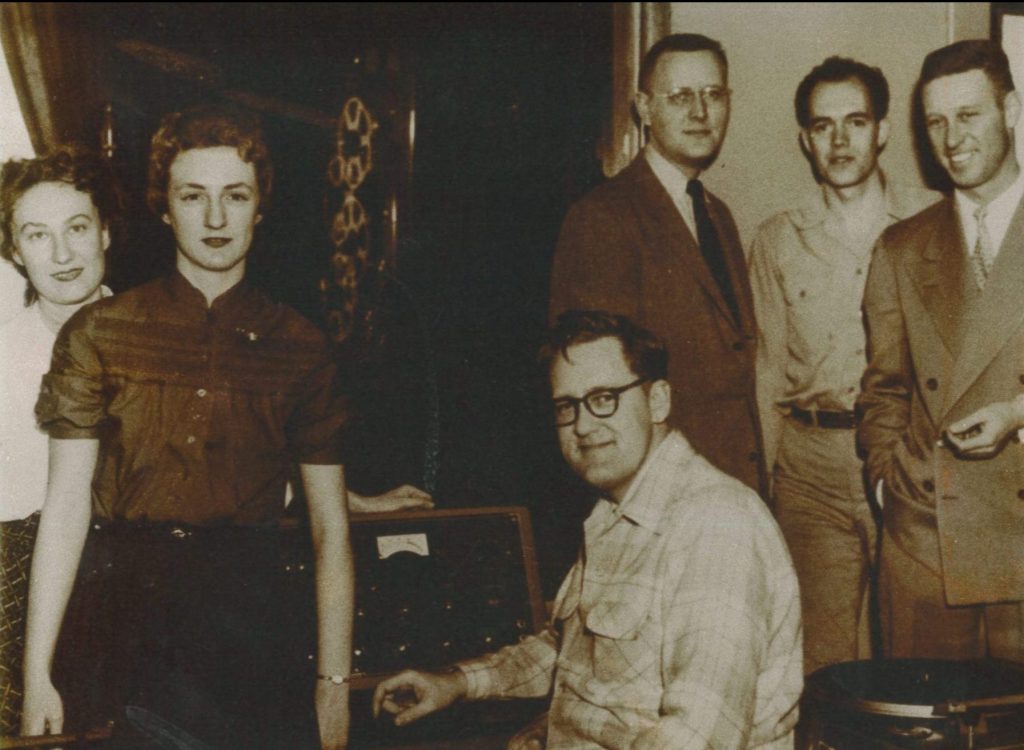 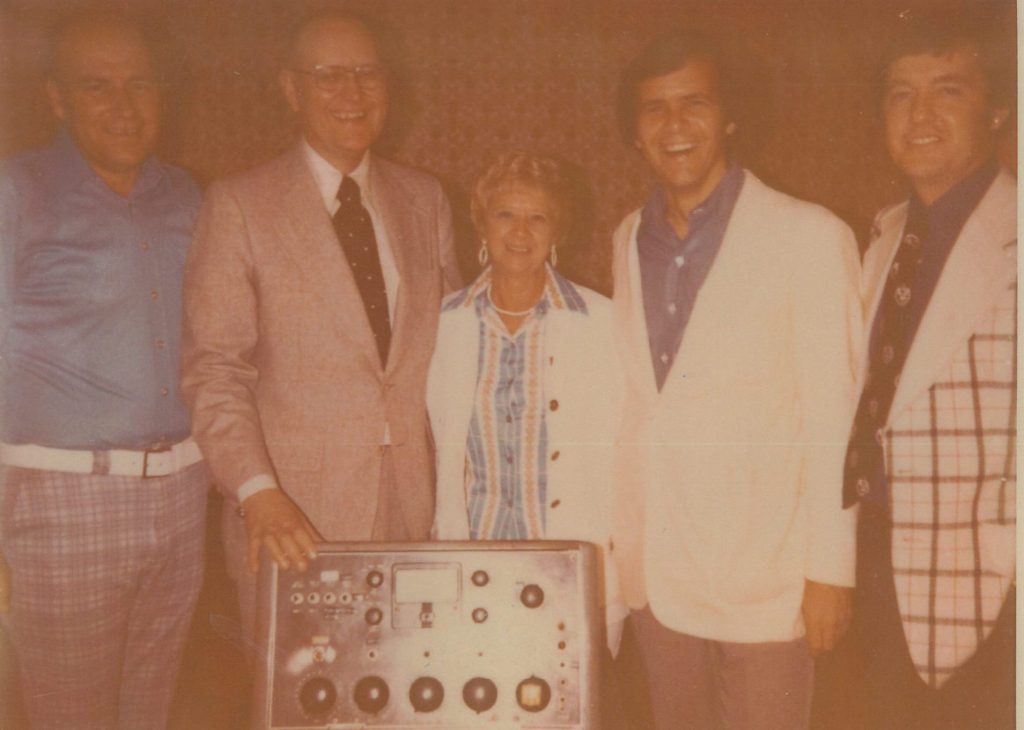 Tom Brokaw working at KYNT during his high school years in the mid 50’s.