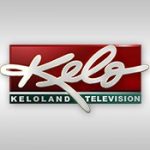 KELO signed on air on May 19, 1953 as South Dakota’s first television station. It was owned by Midcontinent Media, a theater and broadcasting conglomerate, along with KELO radio (AM 1320 and 92.5 FM). It was a primary NBC affiliate, but it also carried programs from ABC, CBS and DuMont. After KSOO-TV (now KSFY-TV) signed on in 1960, KELO switched its primary affiliation to CBS and has remained with that network ever since.

Shortly after KELO signed on, the Federal Communications Commission collapsed eastern South Dakota, southwestern Minnesota and northwest Iowa into one giant television market. Later in the 1950s, Midcontinent began signing on satellite stations of KELO to serve its vast coverage area. KDLO in Florence was the first of the satellite stations to go on the air on September 27, 1955; followed by KPLO, licensed to Reliance and serving South Dakota’s state capitol of Pierre on July 15, 1957.

KELO expanded to western South Dakota in 1981, when it signed on K15AC (channel 15), a translator of KPLO-TV, to serve Rapid City. On November 28, 1988, it was upgraded to a full-powered semi-satellite as KCLO. Rapid City had been one of the few areas of the country without full service from the three major networks.

KELO was home to Captain 11, a popular children’s show in the area, from 1955 until 1996. Captain 11 was Dave Dedrick, the station’s longtime weatherman. He had been a popular radio personality before KELO went on air.

Channel 11 originally broadcast from a 575-foot (175 m) tower near Shindler, South Dakota. On September 20, 1955, it was destroyed in a severe windstorm–believed to be a tornado. Station engineers had the station back on the air in 48 hours—just in time for the World Series.  In 1956, the station erected a 1,032-foot (315 m) tower on the same site, expanding its coverage area to most of eastern South Dakota. In 1967, KELO moved to a new 2,032-foot (619 m) tower near Rowena, shared with KSFY. The Shindler tower is still used as a backup.

On June 24, 1968; a North Central airliner clipped a guy wire on the year-old Rowena tower, bringing it down. Luckily, the plane landed safely with no injuries. KELO engineers had the station back on the air in three days from the old tower in Shindler. The Rowena tower was quickly rebuilt.

On January 11, 1975, the KELO tower was destroyed by a powerful winter storm. Within hours, the station was back on the air from Shindler. The tower was again rebuilt at Rowena and became operational on December 19, 1975. The Rowena site is sometimes called the “Bermuda Triangle” of tower sites due to the numerous collapses.

In the years that followed, KDLO’s tower collapsed and KELO lost other microwave and translator sites to storms and other reasons. KPLO’s tower collapsed on January 22, 2010 in a severe ice storm. It returned to the air on March 19, 2010. For a time, however, it operated at low power, leaving Pierre without an over-the-air signal. The FCC subsequently issued a construction permit for a low-powered fill-in translator on channel 29 in Pierre.

On November 25, 1986, KELO began broadcasting its programming in stereo. In 1995, Midcontinent Media sold KELO to Young Broadcasting; the sale was approved by the Federal Communications Commission on May 31, 1996. The station celebrated its 50th anniversary on May 19, 2003.