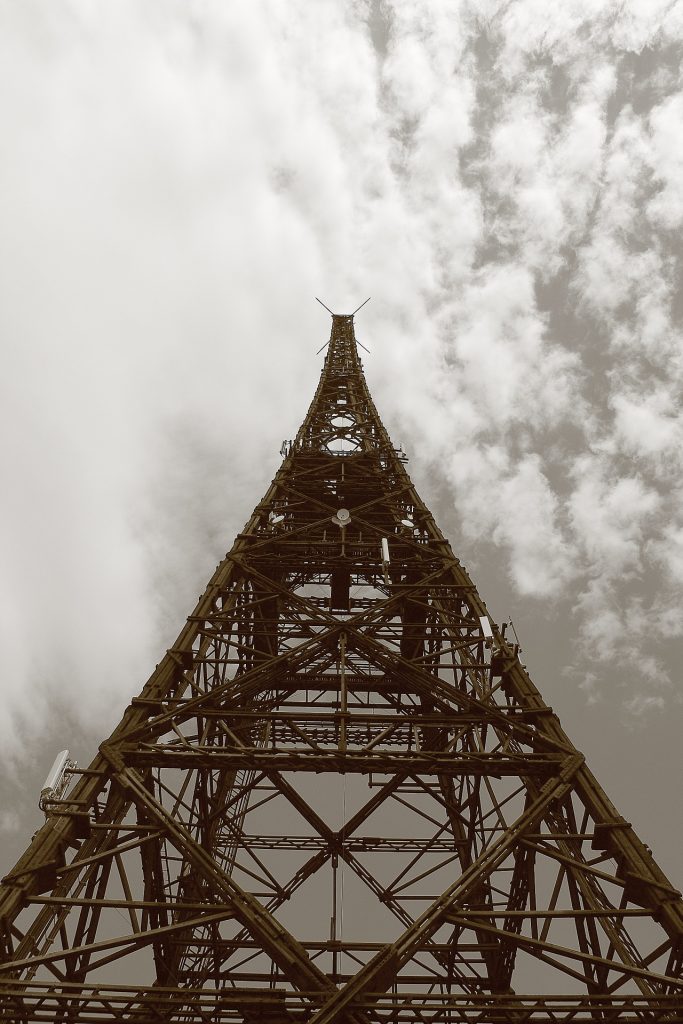 South Dakota institutions of higher education were among the pioneers in the field of broadcasting in the state. The University of South Dakota, South Dakota State University, and the South Dakota School of Mines all started experimentation in wireless transmission prior to World War I, and all three schools put standard radio stations on the air in 1922 and 1923.

Station WEAJ (now KUSD) evidently was the first radio station in South Dakota—commercial or educational. It started broadcasting from the Science Building, on the campus of the University of South Dakota, Vermillion. in May, 1922, with a 50-watt power output. When the station’s license was renewed on August 23, 1923, the power was increased to 200 watts. It is probable that Dr.’ E. 0. Lawrence, later to become famous as an atomic energy pioneer (for whom the Lawrence Radiation Laboratories were named) had some part in the development of the radio station at Vermillion. He was then on the staff of USD, and was active in the wireless field.

About two months after WEAJ went on the air, South Dakota School of Mines and Technology started broadcasting from their campus in Rapid City. The Vermillion station opened in May, 1922, and WCAT, at the School of Mines, went on the air in July of that same year. The station had a power of 750 watts on 483 meters. Evidently the only broadcasting done in the early period consisted of weather in-formation. WCAT continued to broadcast from the Rapid City campus until 1953, when the station went off the air. An article in a school publication indicated that school administrators were unable to get adequate funding to replace obsolete equipment and pay a staff. In Brookings, South Dakota State University received a broadcast license from the Department of Commerce on March 27, 1923. Professor B. B. Bracket, head of the department of electrical engineering, installed the equipment. The station had 50 watts of power on a frequency of 360 meters. The first day of formal broadcasting was April 5, 1923, the inaugural program including military band music and the girls glee club. The call letters were KFDY. The station evidently was well received and had good range. This is indicated by a letter received following the Junior-Freshman Ball, which was broadcast on November 13, 1923. The letter read that “twelve people danced in Colorado Springs, Colorado, to the music broadcast by Bruns’ Orchestra playing for the Ball.” Letters also were received from New York, Boston, New Orleans, and San Antonio.

In the fall of 1923, KFDY established a school-year broadcast schedule which included one night each week for music, one night for lectures, market and weather reports each noon (with a cowbell as the identifying theme), and a Saturday night program of dance music. In addition, the station had an ambitious schedule of sports programming, broadcasting the college football and basketball games as well as the Hobo Day events. In September, 1925, KFDY broadcast the World Series in cooperation with the Sioux Falls Argus-Leader.
The station’s power was increased from 50 watts to 500 watts in October, 1926. The SDSU station went off the air in 1941 for budgetary reasons.  South Dakota colleges and universities also have entered the FM and TV fields. South Dakota State University inaugurated FM service in July, 1967, when KESD-FM (10 watts) went on the air at 88.3 megacycles. The University of South Dakota put KUSD-FM into service on October 1 of that same year. Several other schools in the state, including Augustana College, Northern State College, Segthern State College, and the South Dakota School of Mines and Technology, plan to start radio stations in the near future.

The two major universities in the state SDSU and USD— also have educational TV stations. KUSD-TV inaugurated service on channel 2 from Vermillion on July 5, 1961. The Brookings school started broadcasting from channel 8 (KESD-TV) on February 6, 1968.