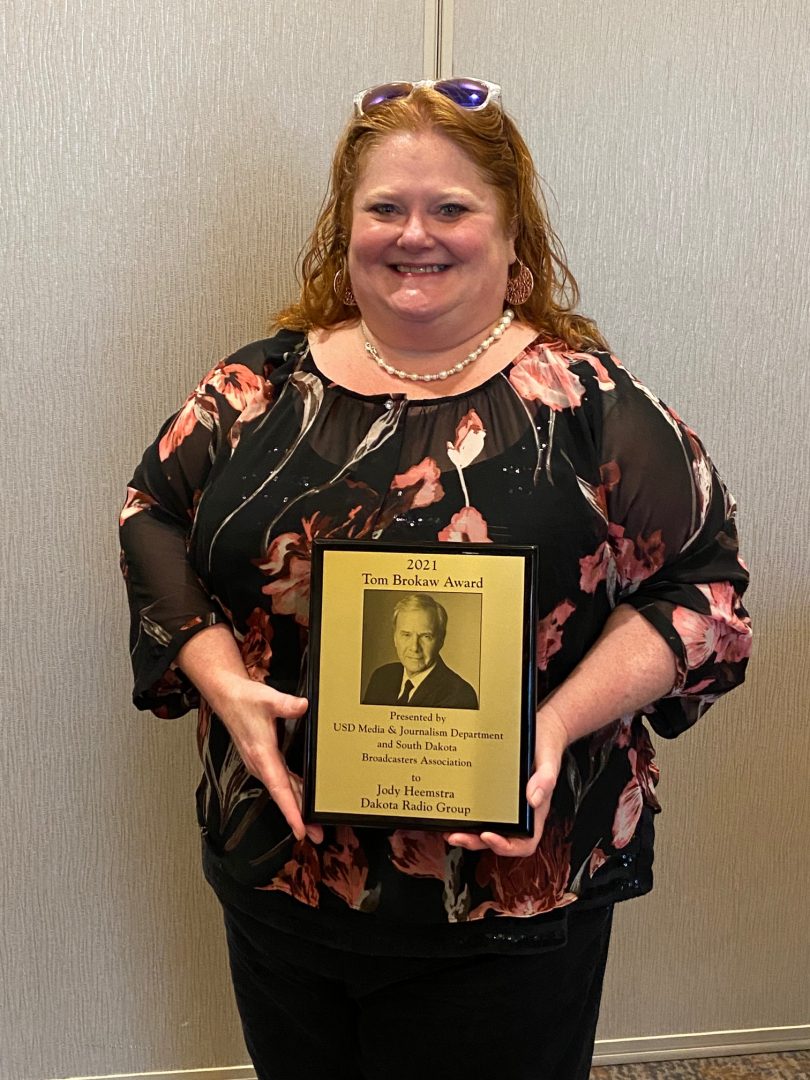 The Tom Brokaw Award is presented annually in a cooperative effort between the SDBA and the Department of Media and Journalism at the University of South Dakota (USD).  The first recipient of the award was former news anchor Tom Brokaw in 1981.

The award is given in recognition of excellence in broadcasting in the areas of electronic journalism (on or off-air involvements) and public affairs to an individual who is a native of South Dakota, educated in South Dakota, or has made a significant contribution to South Dakota broadcasting.

Jody received her degree in Agricultural Journalism at SDSU in 1998.  She began her 22-year career while still in college, producing the Dakota Ag Newsline at SDSU in the late 90s.   She was assistant news director, then farm director for KWAT/KIXX/KDLO Radio in Watertown for 13 years.  She was a farm broadcaster for the Red River Farm Network from 2013-2015, and after that worked as public relations director for the SD Department of Agriculture for several years.  Jody has been with DRG Media Group since 2017, and has devoted much of her career to agricultural broadcasting and has had a significant impact in rural radio. 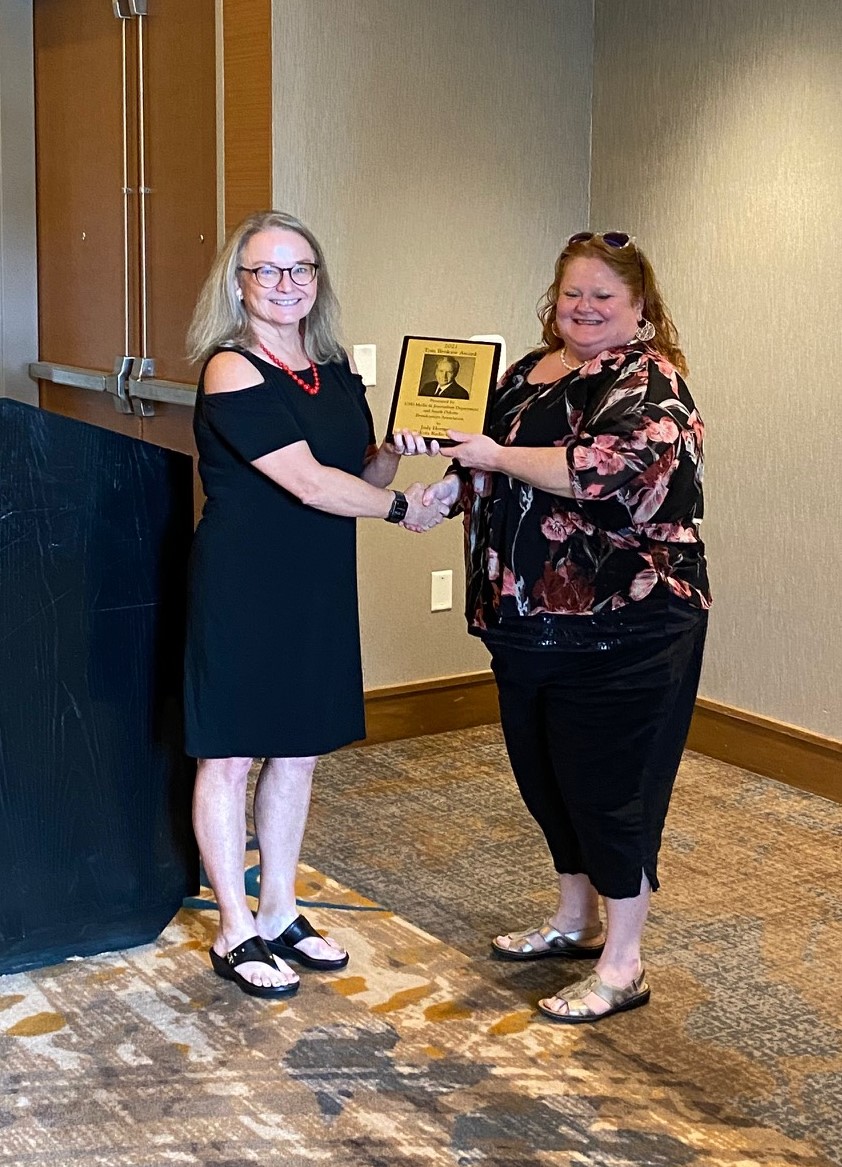 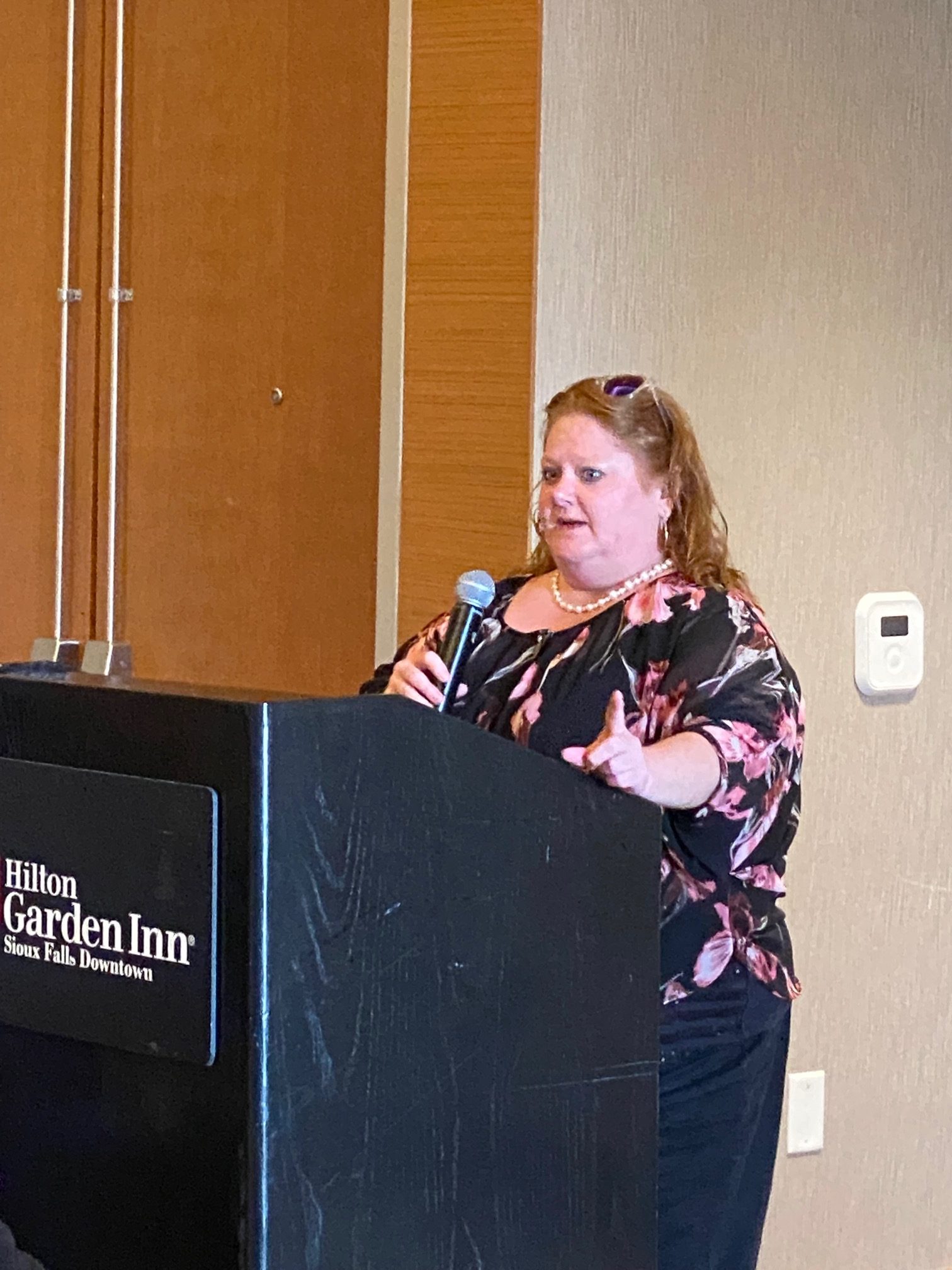