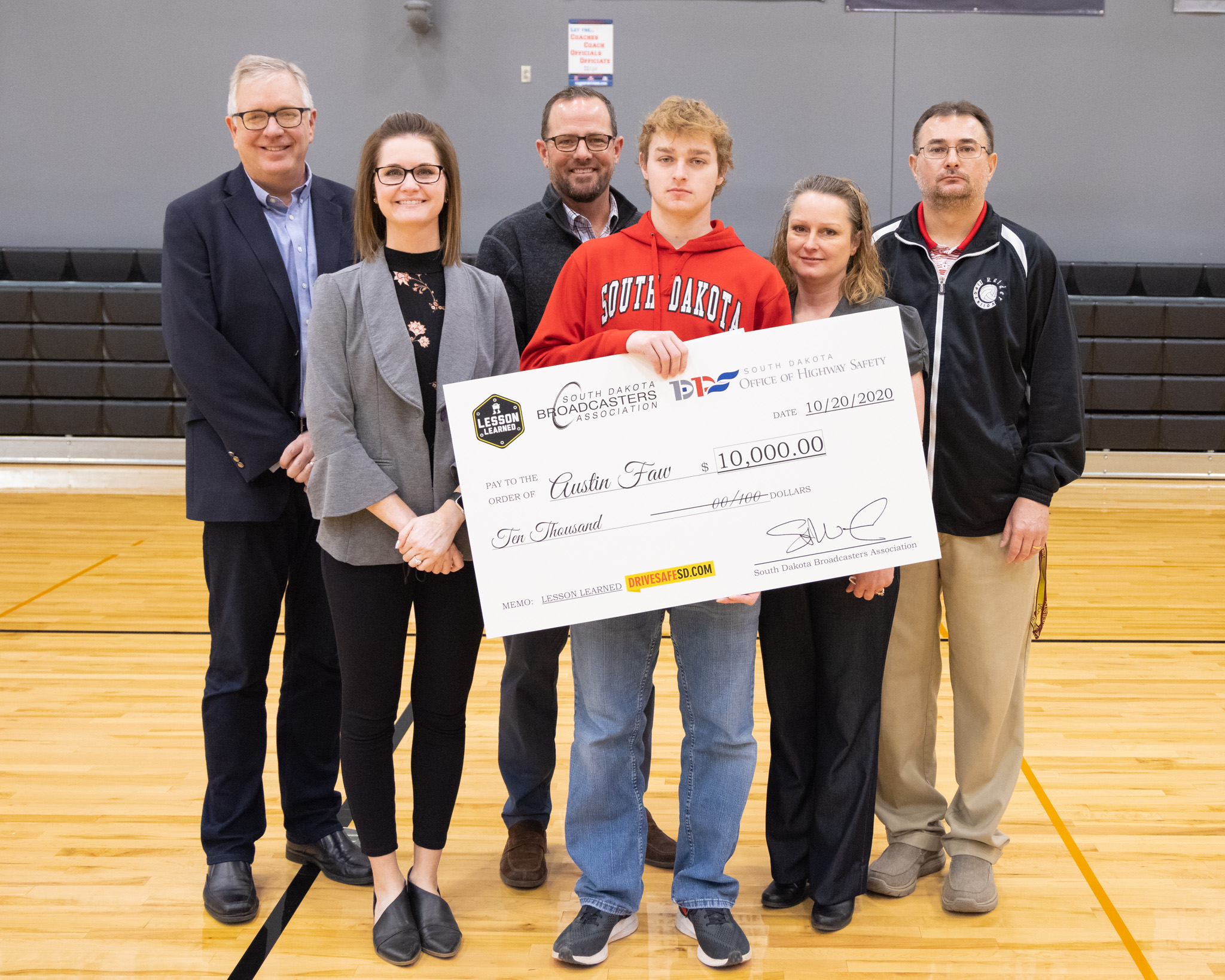 PIERRE, S.D. – An Edmunds Central High School senior has won a $10,000 prize for promising to be a safe driver.

Austin Faw of Roscoe was announced Monday as the winner of this year’s Lesson Learned SD program during an all-school assembly in Roscoe.

South Dakota’s Office of Highway Safety designed the program to encourage young people to be safe drivers. The cash prizes are sponsored by the South Dakota Broadcasters Association. This is the fifth year for the program.

Drivers between the ages of 14 and 19 are required to go to the Lesson Learned SD website, which features safe driving videos on issues such as distracted driving, seatbelt use and driving under the influence.

Austin’s father, Mike, is a driver education instructor at the school. He encouraged his students to participate in the program and also participated in Monday’s surprise presentation to Austin.

“We could never do Lesson Learned without the support of administrators and driver education instructors like Mike,” said Amanda Hossle, director of the Office of Highway Safety. “It is because of people like him, these students are learning to be safe drivers.”

Austin’s school also benefits. The Broadcasters Association contributes another $10,000 for Austin to designate to school programs or activities of his choice.

“Having the schools benefit from a student winning is such a bonus,” said Steve Willard, president of the Broadcasters Association. “Young drivers get to reward school programs and teachers that have influenced them in high school. Most of the time, there are programs that really struggle for money. In these tight budget times, no wonder the schools participate.” 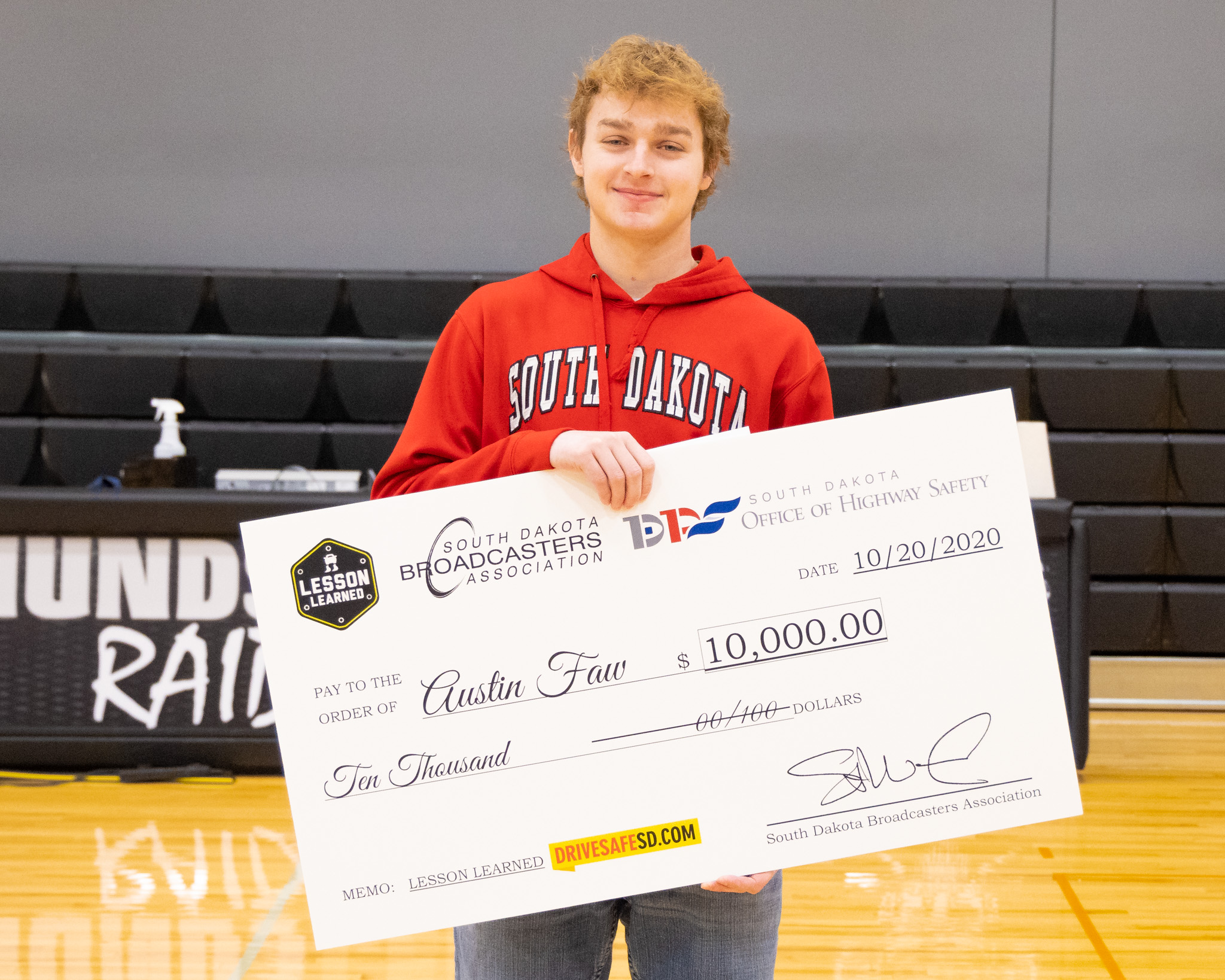 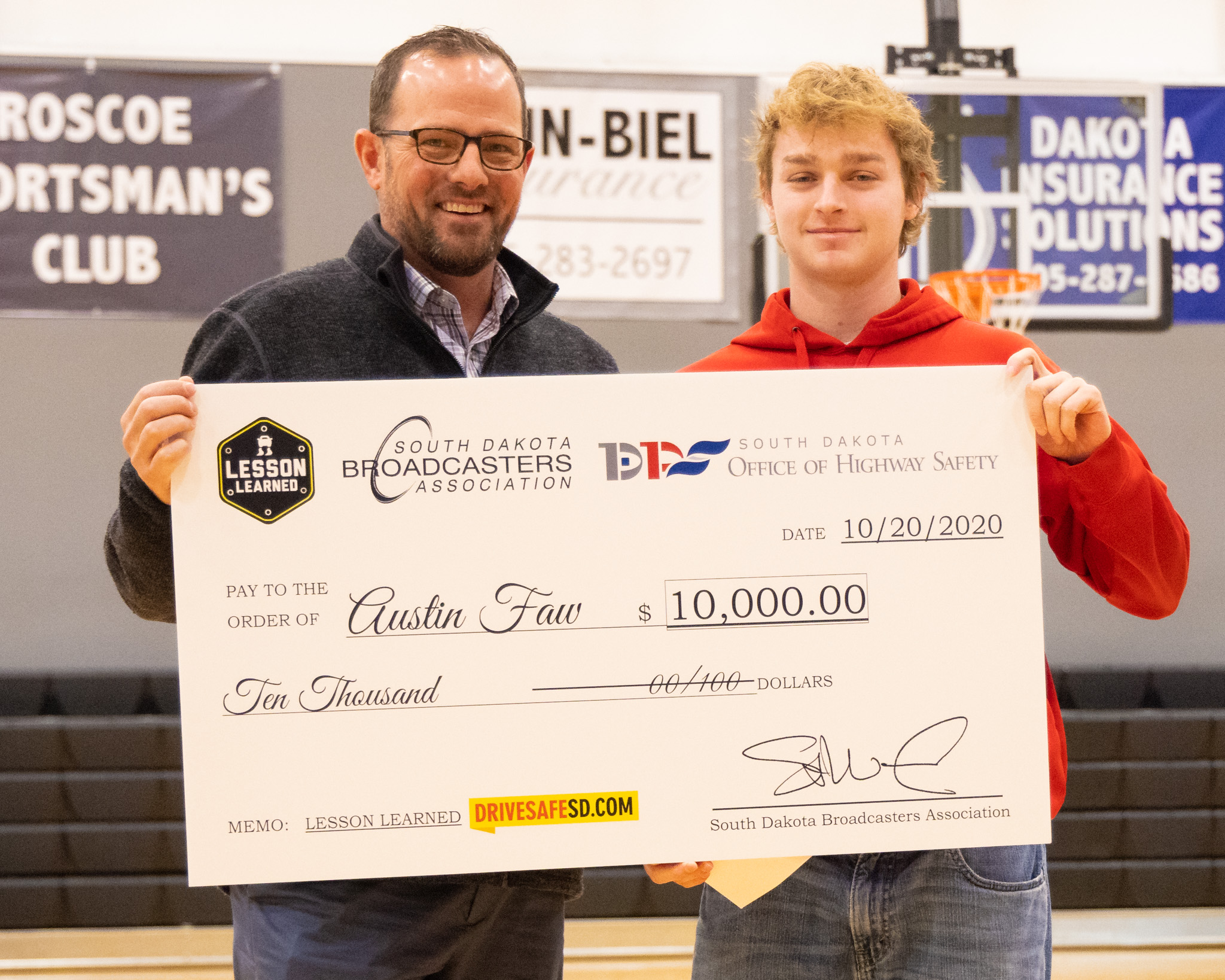 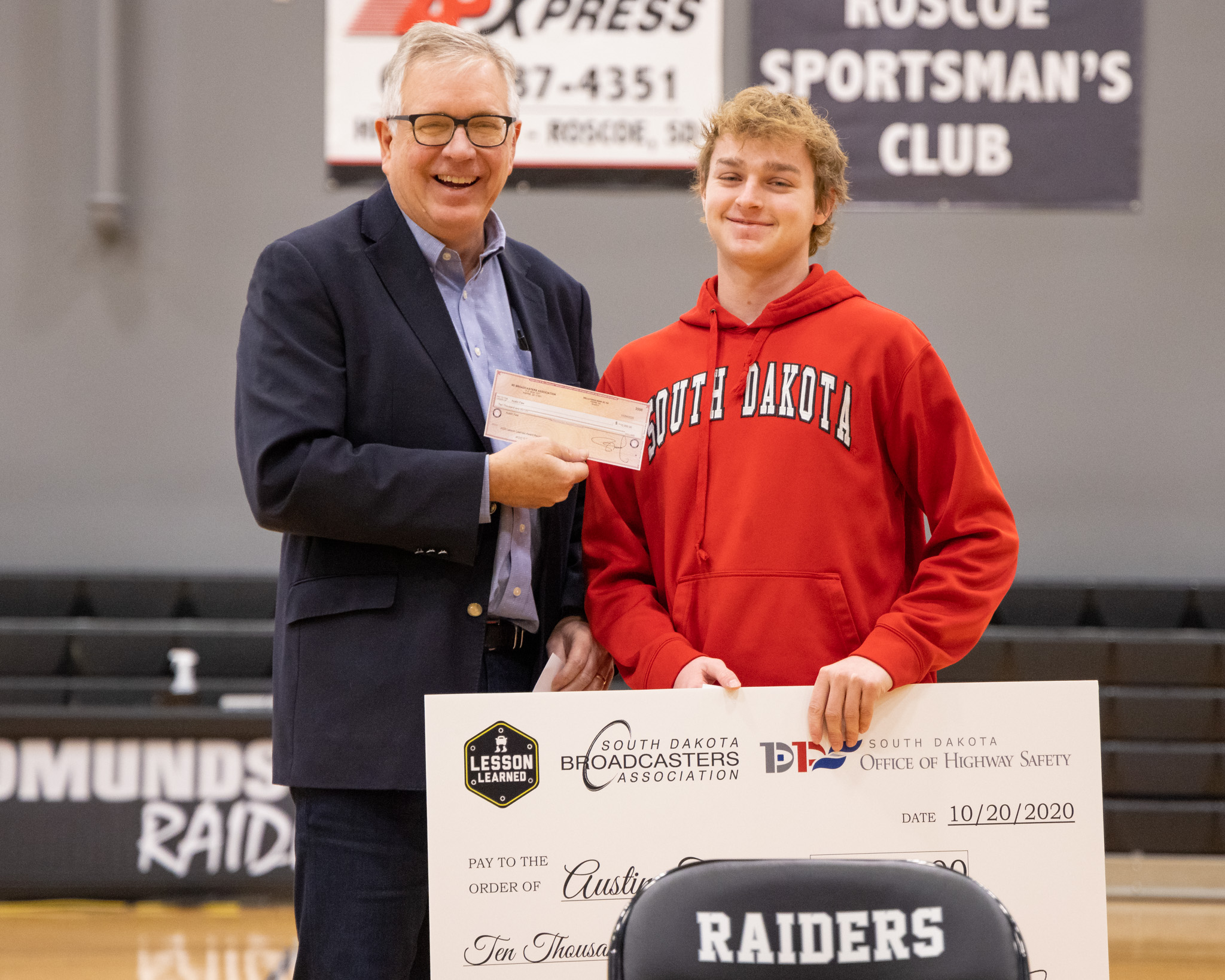