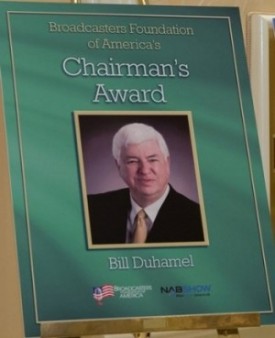 William Duhamel, Chairman & CEO of Duhamel Broadcasting in Rapid City, SD was honored with the 2017 Broadcasters Foundation of America Chairman’s Award for his numerous contributions to the broadcast industry and his community.

More than 250 television and radio broadcasters assembled for the annual Broadcasters Foundation of America Leadership Breakfast to honor eight of the most prominent figures in broadcasting.  Six Ward L. Quall Leadership Awards, the Lowry Mays Excellence in Broadcasting Award and the Chairman’s Award were presented at the Breakfast during the National Association of Broadcasters (NAB) in Las Vegas in April 2017. 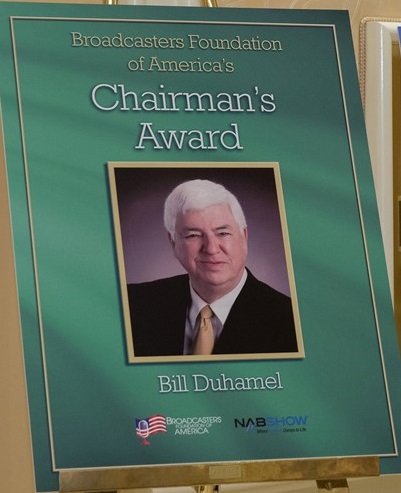