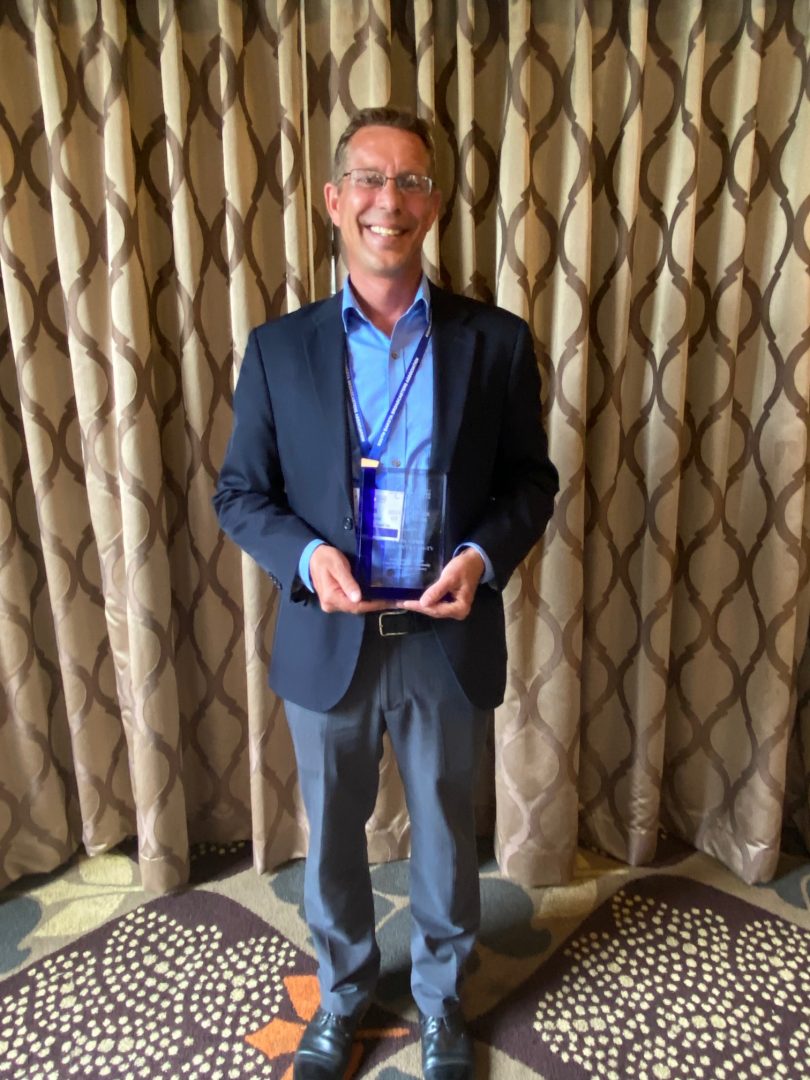 Chris Gross, the General Manager of Gray Televisions KOTA-TV / KEVN-TV, was honored as the “Broadcaster of the Year” by the South Dakota Broadcasters Association (SDBA) at their State Leadership Conference held July 29 & 30, 2021 at the Hotel Alex Johnson, Rapid City.  The award is given annually to Broadcasters in recognition of service to their community.

Over the last two years Chris has overseen the merger of KOTA-TV (ABC) and KEVN-TV (FOX) and the expansion of their facilities into a state of the art $10 million dollar broadcast studio.  He expanded daily local news programming to 4.5 hours.  KEVN also broadcasts FOCUS, a monthly community affairs program.

Chris’ broadcast career began with KEVN-TV 11 years ago.  He has been active within the Rapid City and Black Hills community throughout his broadcast career.  He is on the board of directors for the South Dakota Broadcasters Association, FOX Board of Governors, Black Hills Regional Job Fair and donates time as a den leader for Cub Scouts in the Boy Scouts of America.

The SD Broadcasters Association is a membership organization representing South Dakota’s radio and television stations.  It provides education, regulatory assistance and legislative representation to its members and with them provides community service to South Dakotans.