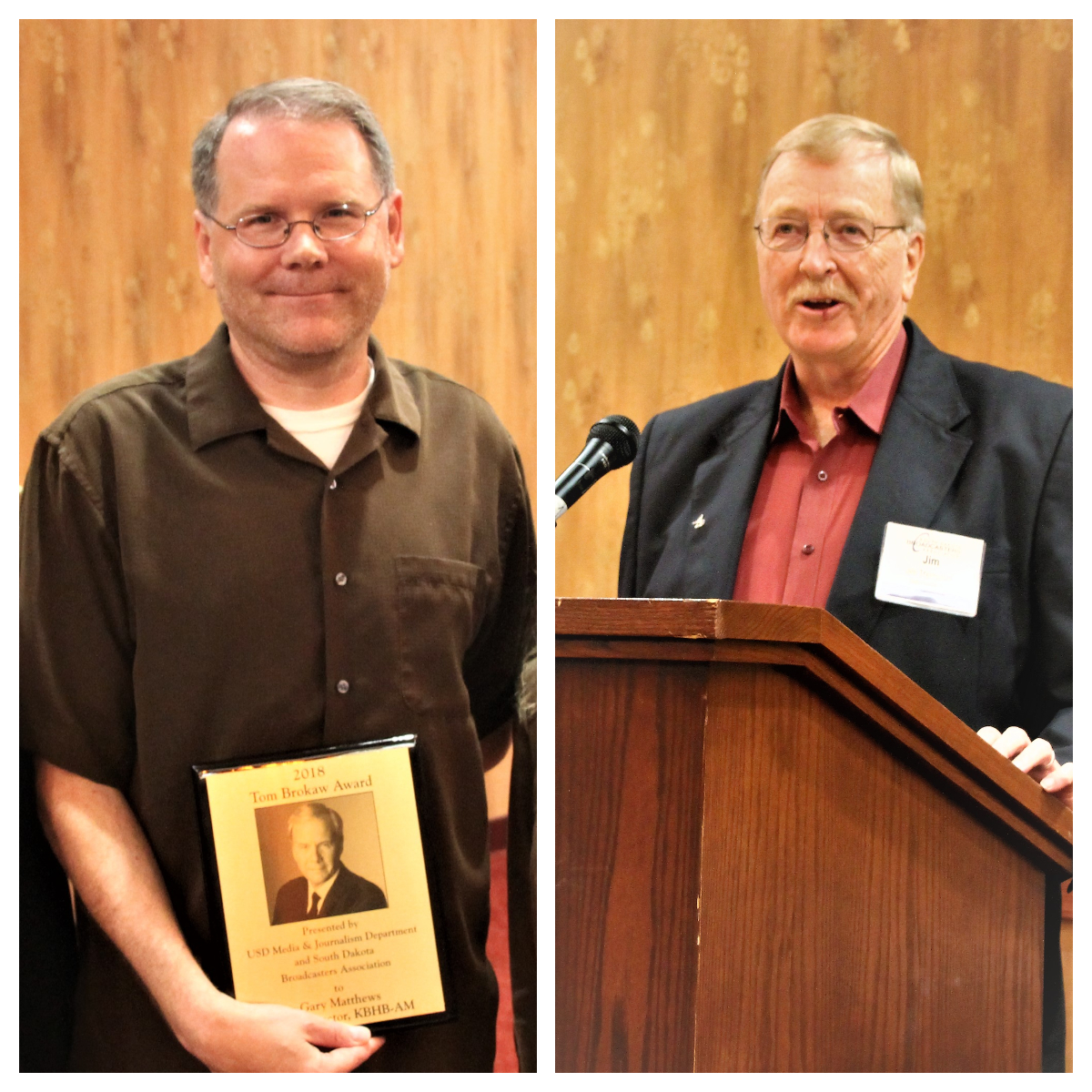 Presented in a cooperative effort between the South Dakota Broadcasters Association (SDBA) and the Contemporary Media & Journalism Department of the University of South Dakota, it is one of USD’s highest honors.

Matthews is originally from Saratoga, WY and a graduate of Black Hills State University with a Bachelor of Science Degree in Mass Communications. His career choice led him first to KSKY 95.1, Deadwood & Rapid City, SD and then onto KDDX 101.1 in Spearfish, SD.  In 1995, he joined KBHB Radio 810AM, a highly recognized Heritage Station with listeners in five states.

Matthew’s role goes well beyond that of news and sports director at the 25,000 watt station.  Along with managing sports and news coverage on a regional basis, he is instrumental in the continued advancement of new broadcasting technologies utilized by the station, including digital video and broadcasting streamed on line.

In addition, his expertise in engineering and information technology serves to strengthen the delivery of news, markets and entertainment.  “Gary’s job requires a wealth of knowledge as the “voice of the ranch,” for a five-state area,” says Dean Kinney, President/CEO, The HomeSlice Group,  parent company of KBHB Radio.  “Gary routinely covers complicated agriculture issues.  He was among the very first to recognize the gravity of the Atlas Blizzard in the fall of 2013 and commenced wall-to-wall coverage,” recalls Kinney. “Though Gary has covered countless news stories and sporting events, it is in that remarkable hour of our listener’s need that I am most proud to have had Gary as a trusted-co-worker and friend.”

The Tom Brokaw Award in broadcasting focuses on  the areas of electronic journalism (on or off-air involvements) and public affairs. In these areas, Matthew’s excels with his involvement in and reporting of local, state and regional events. As a respected member of a news-sharing group among radio stations across the state, his “concise, consistent, and capable reporting is admired among his peers,” says J.P. Skelly, News Director with KORN News Radio, Mitchell, SD, who nominated Matthews for the prestigious award.

“I’ve worked with Gary for nearly 23 years,” shares Kinney.  “He personifies commitment to our industry in general and specifically to broadcast journalism.  Though everyone loves to ‘scoop’ a story, Gary always remembers that getting it right outweighs getting it on.”

He has been recognized by the SDBA and the Associated Press in broadcasting and commercial recording. He was also instrumental in The Greater Sturgis Area Character Speaks Campaign. 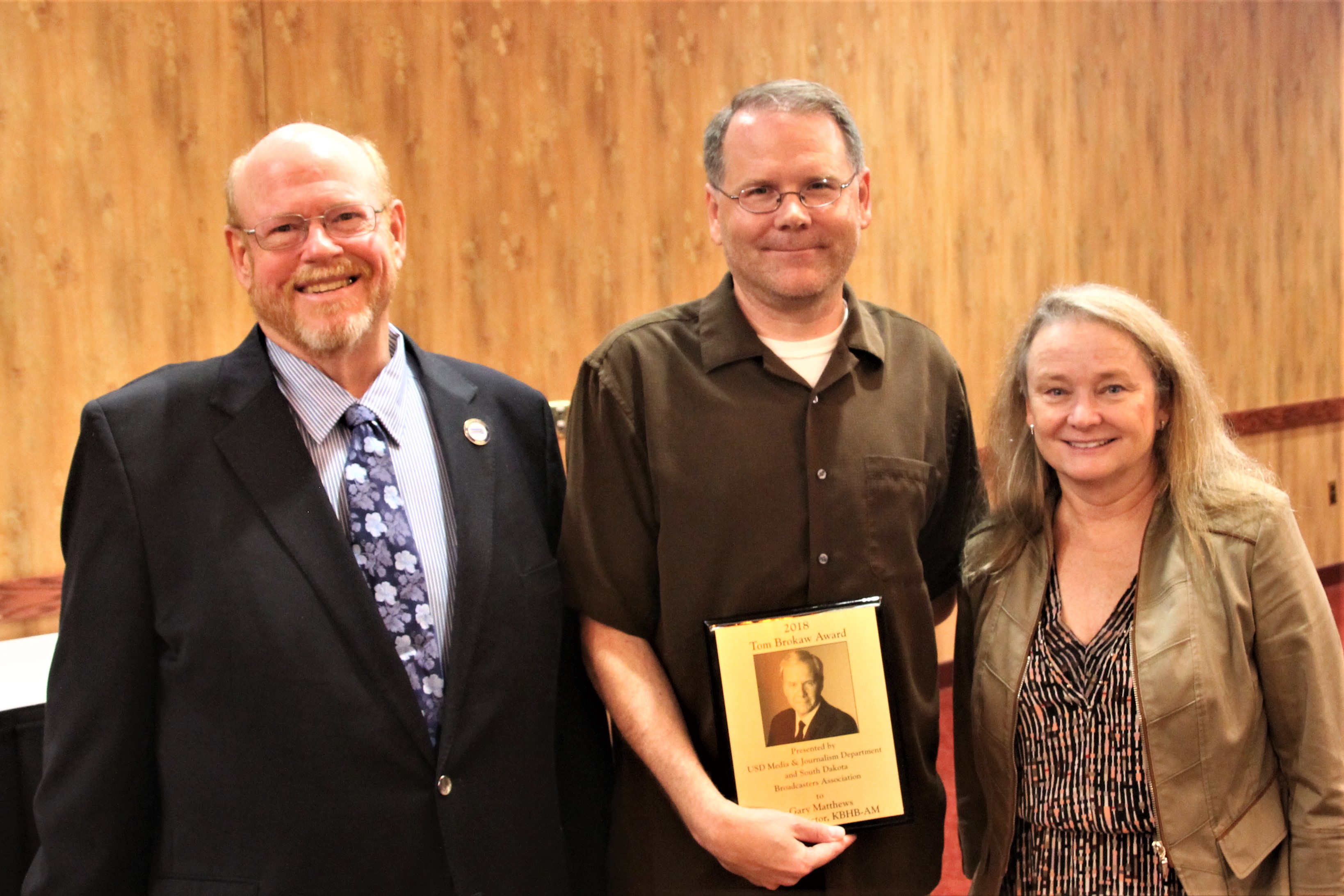 Another KBHB ‘Big 81’ alumnus was recognized with the 2017 Tom Brokaw Award. Jim Thompson received the coveted award alongside Matthews.

Thompson’s half century of service in broadcasting is marked by on air work, management, and serving radio stations as a syndicated programmer.

A United States Army veteran of the Korean War, Thompson’s political career brought him to the state capitol as a state senator for District 5 in Watertown, SD, where he won two consecutive elections as a lawmaker.

“Jim has always been focused on what broadcasting can do in serving its communities,” says long-time colleague and friend, Dean Sorenson. “The positive message he has shared on radio, at the podium, and in the arena, have made him ‘the trusted voice’ in radio for generations of listeners.” 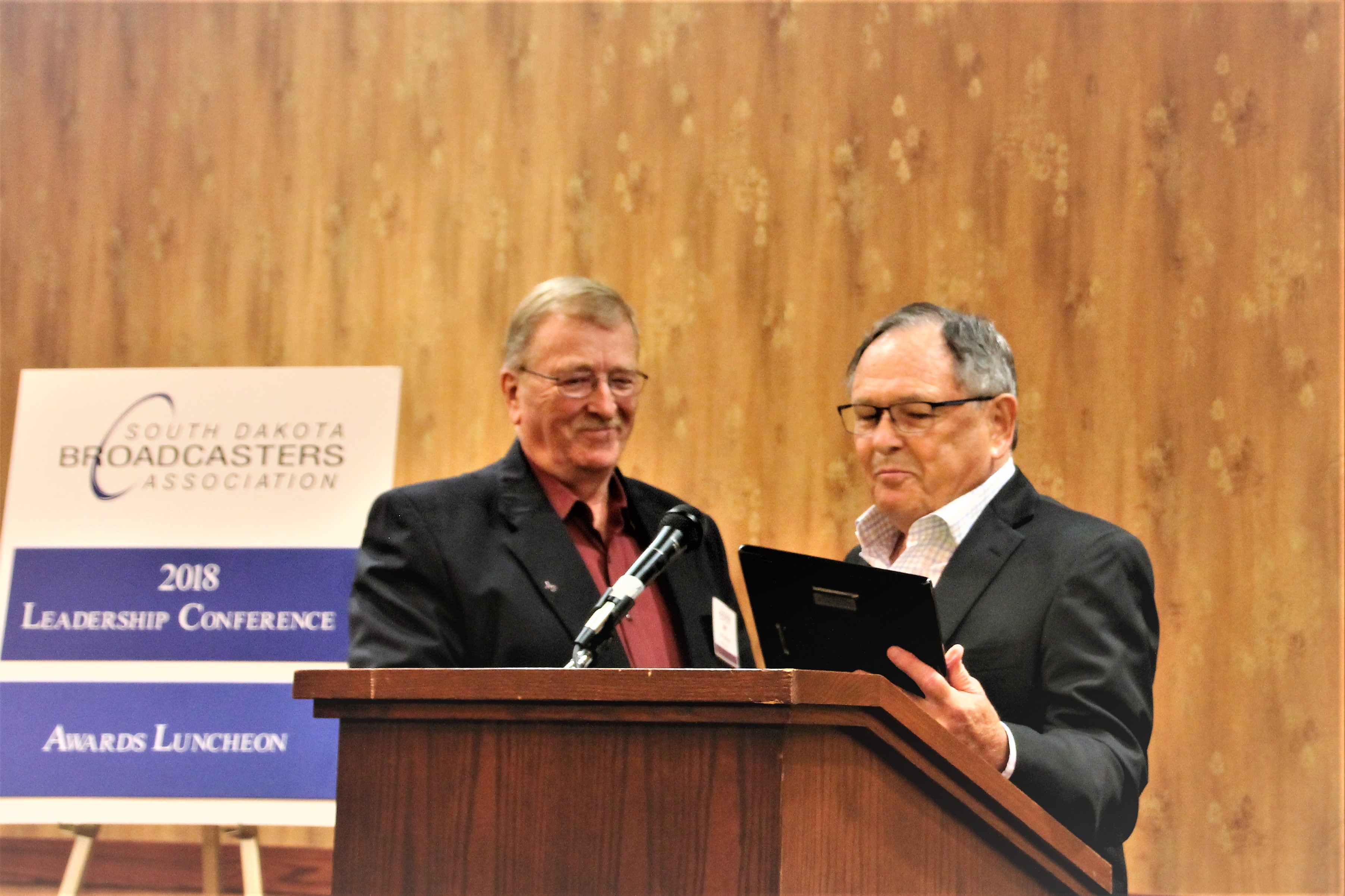