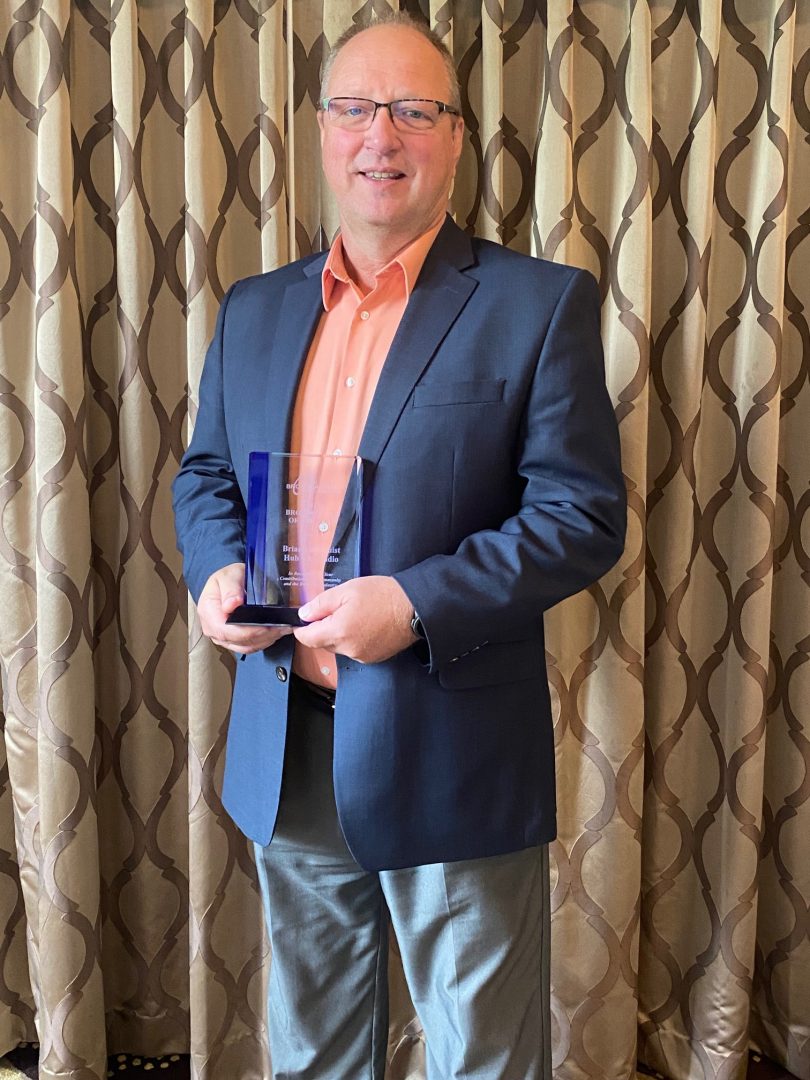 Brian Lundquist, owner and General Manager of Hub City Radio in Aberdeen and Redfield was honored as the 2021 “Broadcaster of the Year” by the South Dakota Broadcasters Association (SDBA) at their State Leadership Conference held July 29 & 30, at the Hotel Alex Johnson, Rapid City.  The award is given annually to Broadcasters in recognition of service to their community.

Lundquist’s impact to the community is immense.  For ten years, Hub City Radio stations have done an annual radiothon for the Children’s Miracle Network and Sanford Children’s Hospital in Sioux Falls and have raised just short of a half million dollars.  During the COVID pandemic, Lundquist and his sales team formulated the idea of the “Small Act, Big Impact” initiative where gift cards could be purchased for area businesses to use in the future to help local businesses cash flow while closed or in limited operations.  Local investors put up over $80k in matching funds, and Hub City Radio and the Aberdeen Area Chamber of Commerce teamed up to sell over $275k in gift cards.  Other radio stations followed suit, and between stations in Redfield, Watertown, Sisseton, Milbank, and Webster, nearly $1,000,000 in gift cards were sold to help businesses through tough times.

Lundquist was involved in past “Rockfests” which brought 8,000 fans to Aberdeen; he’s served on the Aberdeen Area Boys and Girls Club Board of Directors; he’s a former Aberdeen Roncalli School Board Member; and a member of Motorsports, LLC, a group of promotors that has prevented the Brown County Speedway from sitting vacant.  He and his wife Melanie, reside in Aberdeen.

Lundquist has been in radio since the 1980s.  In addition to Hub City Radio (six stations in the Aberdeen/Redfield area), he recently acquired Big Stone Radio adding stations in Watertown, Milbank, Sisseton, and Ortonville, MN. 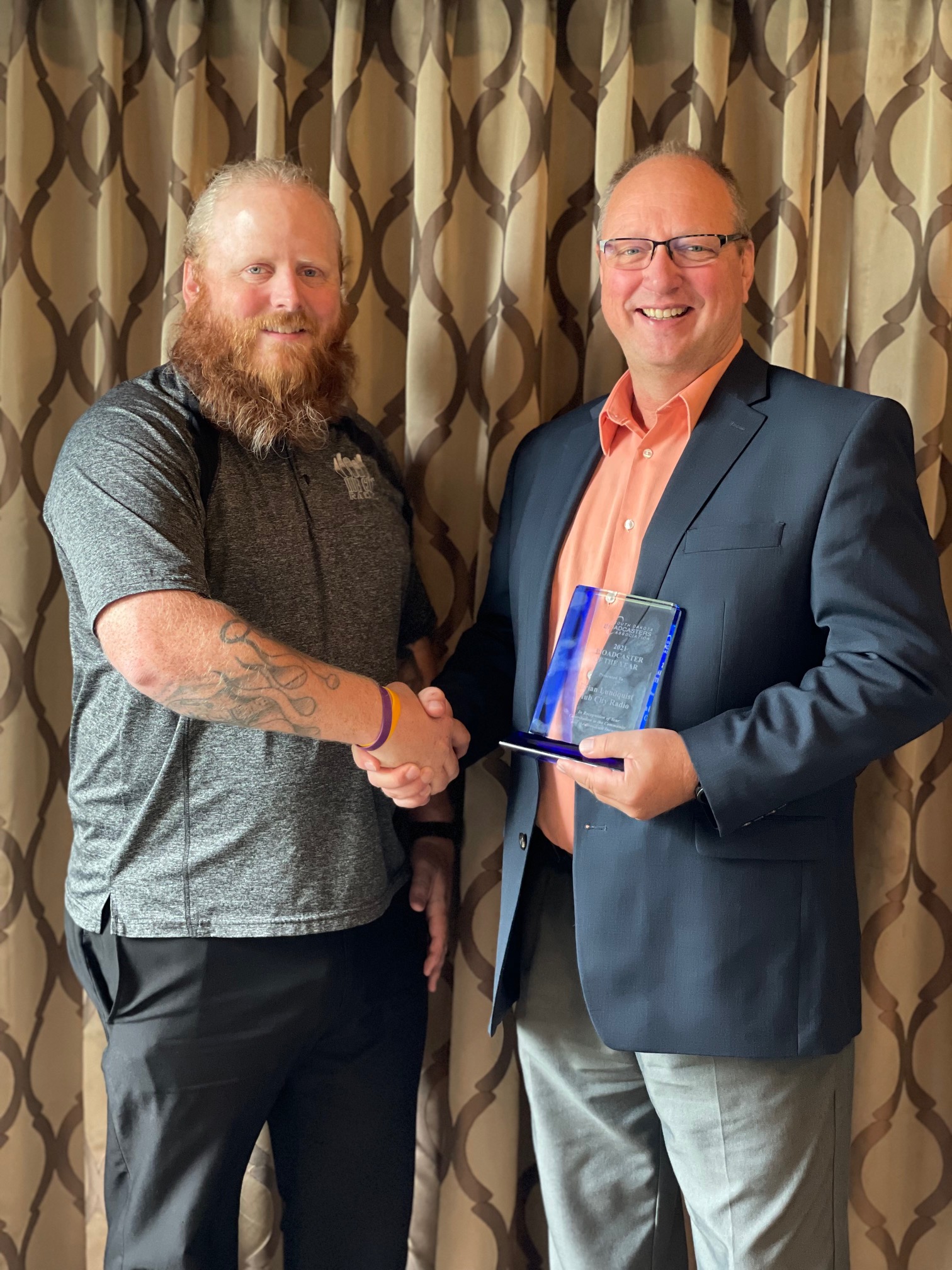 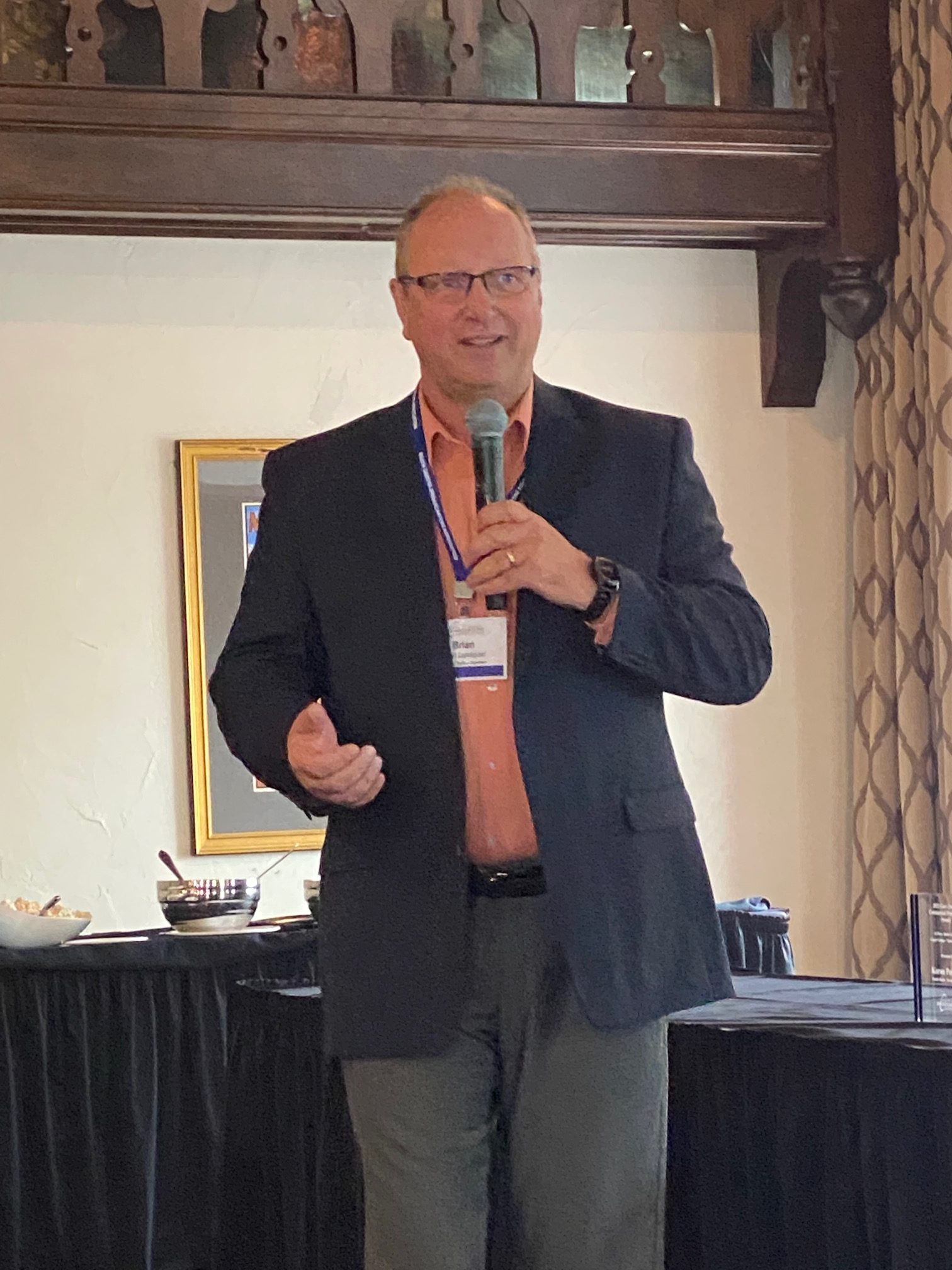 Brian Lundquist addresses the SD Broadcasters at the Awards
Luncheon on July 30 at the Hotel Alex Johnson in Rapid City.