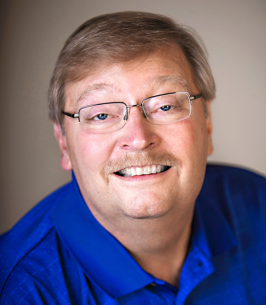 Bob Faehn, current SDBA Board member and past chair passed away of cancer on September 13, 2021.  He was born April 2, 1958 in Minneapolis, MN. His family moved to South Dakota in the early 1960’s and began farming near Wallace. When Russell passed away in 1973, Bob and his mother moved to Florence. Bob graduated from Florence High School in 1976, and from Watertown Business University in 1978.

Bob started his career at the Watertown Public Opinion in 1978, where he sold ads by day, and wrote sports by night. On June 16, 1979 Bob married Susie Geffre in Leola, SD. He then worked for Watertown Home Supply/Timmerman Woodworking until 1984 when he started at KSDR Radio in Watertown.

Over the years, he became the station manager, then owner, selling the stations in 2000. He then worked almost two years in the Sioux Falls radio market, with ownership interest in three stations.

Bob started at Prairie Wave Communications in Watertown, later known as Knology, in 2002.
During that time, he was elected to the South Dakota State House of Representatives.
Bob was the prime sponsor of the bill eliminating smoking in bars and restaurants, and was chosen by his peers to serve as the House Majority Leader his final two years.

In 2009, Bob moved a new radio station license into the Watertown/Milbank area,
and built KXLG Radio, where he worked until health concerns forced him to recently retire.

Bob had a passion for Watertown, and service. At the time of his passing, he was the vice-chair of the South Dakota State Board of Technical Education. He was serving on the South Dakota Broadcaster’s Association Board of Directors, and the Watertown Community Hall of Fame Committee, of which he founded. He was past-president of the Watertown Area Chamber of Commerce, the Watertown Area United Way, the South Dakota Broadcasters Association, and also served on many other local boards like the Prairie Lakes Hospital Board and Prairie Lakes Foundation Board, along with the Watertown
Community Foundation Board. He was an SDBA Tom Brokaw Award winner and a past winner of NAB’s prestigious Crystal Award given in recognition of community service.

Bob is survived by his wife of 42 years, Susie, and their children. His son, Brent, and his wife
Samantha (Erickson) Faehn of Aberdeen, and their three children, Garrett, Ethan, and Kaylie.
His daughter, Lynne, and her husband Rodney Shankle of Sioux Falls, and their three children,
Braylon, Bryce, and Braxton. Bob is also survived by his mother-in-law, Joanne Geffre of Leola,
sister-in-laws, Kathy Geffre of Watertown and Patty Geffre of Denver, CO, brother-in-laws, John
Geffre of Lisbon, Maine, Tom Geffre of Denver, CO, Larry and Rebecca Geffre of Norman, OK and Jerry and Vicki Geffre of Leola, SD. Numerous other cousins, nieces, and nephews.