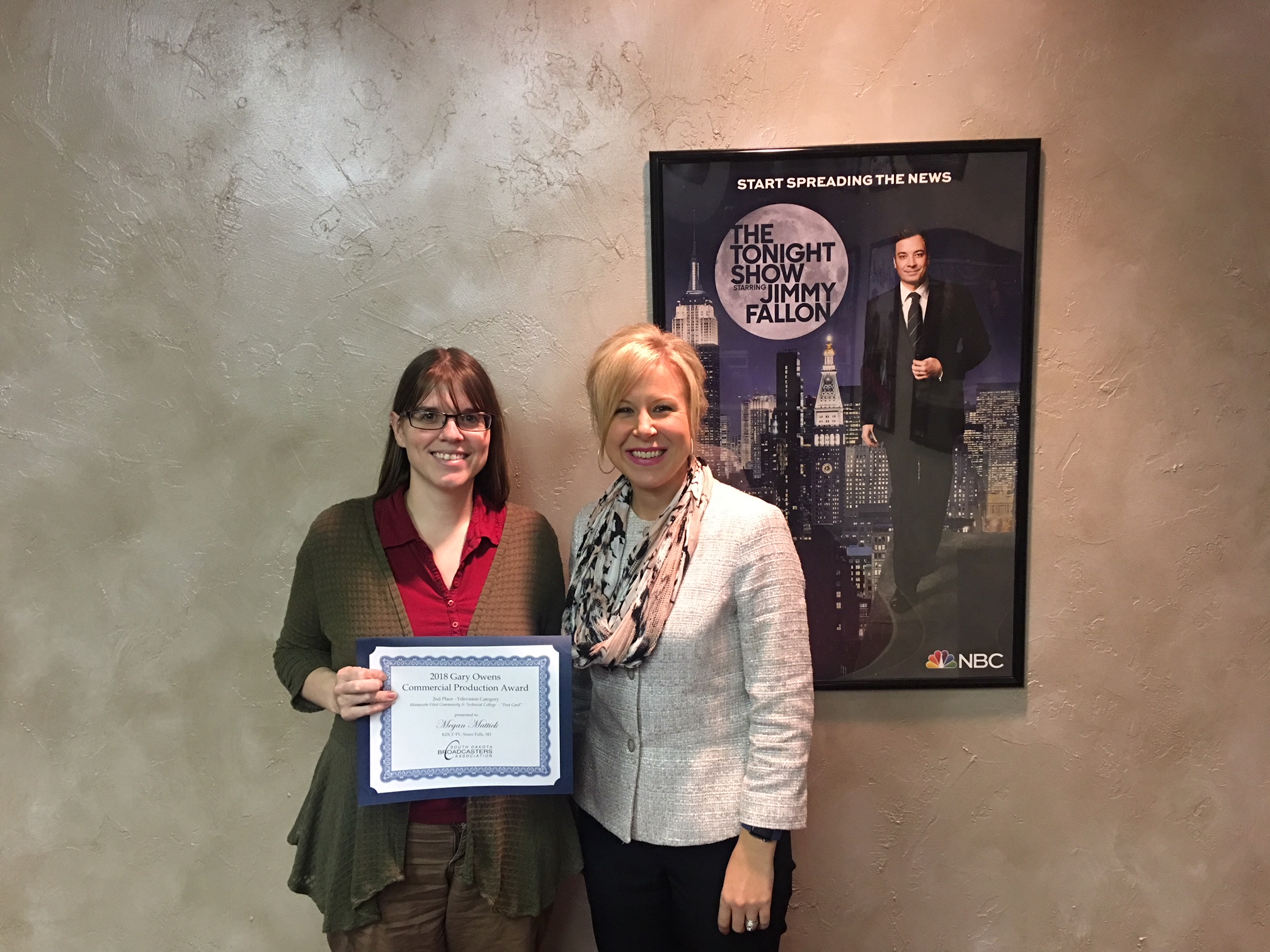 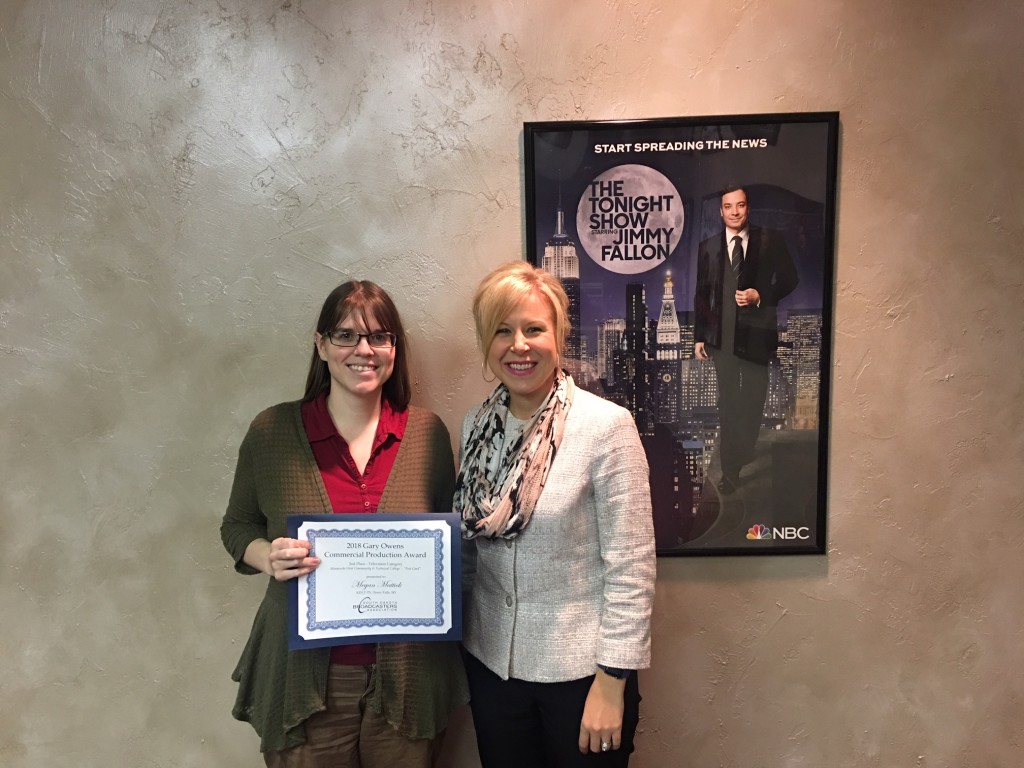 Megan Mattick, KDLT-TV in Sioux Falls, received 2nd place and a cash prize, in the 2018 Gary Owens Commercial Production Awards, Television Category.   To be eligible, all commercials must have aired on a member station of the SDBA at least ten times in the past year, and all commercials must have been produced by a full-time employee of that station for one of their advertisers.